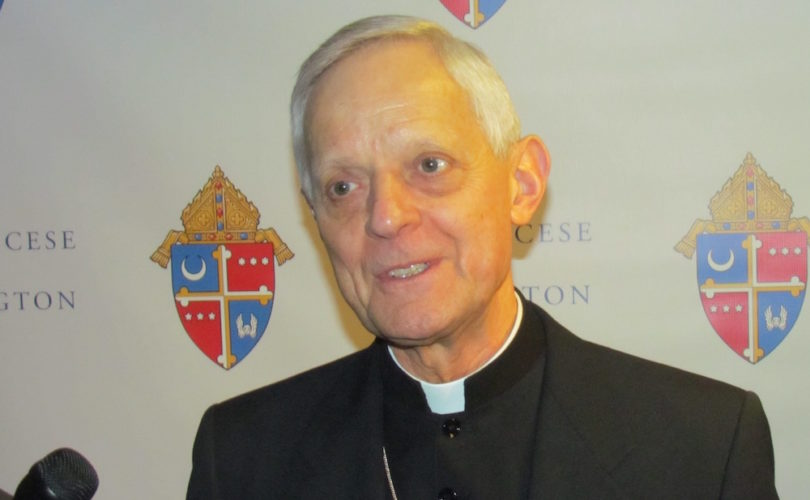 McCarrick resigned from the College of Cardinals on July 28 and faces a canonical trial for sexual abuse of a minor. He was removed from active ministry on June 20 when the decades-old “credible and substantiated” allegations were made public.

Since then, numerous additional allegations have been made against McCarrick from priests, former priests, and seminarians.

The accusations against McCarrick – a prominent Church cleric who rose to cardinal and enjoyed widespread influence — brought again to light the prevalence of homosexuality in the Church’s abuse crisis, and may have served to shine new light on a probable cover-up among Church leadership in the U.S.

Numerous reports indicate McCarrick’s homosexual predation of priests and seminarians was a widely-known “secret” for years within the Church and among the media.

The McCarrick scandal has also drawn out allegations against other abusers, underscoring the more widespread nature of the abuse scandal and also bringing ongoing clerical misconduct to light.

Wuerl said in an August 8 interview with Salt and Light Media’s Father Thomas Rosica that this was not a significant crisis but a disappointment.

“I don’t think this is some massive, massive crisis,” Wuerl said. “It was a terrible disappointment.”

Rosica had prefaced a question to Wuerl referencing the current moment for the Church as one of crisis, but also one of new beginning, asking Wuerl what message of hope he’s giving people.

The bishops took “a very strong stand” in 2002 with the creation of their Charter for the Protection of Young People, Wuerl said, and stressed more than once that it’s working.

Wuerl went on to also emphasize that abuse cases now in discussion pertained to things that happened decades ago.

“So the Charter worked,” he said.

The Charter concerns abuse against minors only, thus it does not have provisions for abuse of seminarians or priests by clerics or bishops, and it likewise does not address bishops who cover for or enable abuse.

Despite telling Rosica the Dallas Charter “worked,” Wuerl went on to call for “some practical measures to it to make it work.” He suggested a mechanism to the U.S. Bishops’ Conference creating another body composed of National Review Board members and bishops to address accusations, he said, “for when a bishop isn’t as faithful as he needs to be.”

Wuerl somewhat walked back his comments playing down the sex-abuse crisis in a subsequent interview with Catholic World Report, telling CWR the crisis was serious but not insurmountable.

“I think it’s important to take a look at, and to listen to the context,” he said. “The context of that whole discussion (with Salt & Light) was: The Church is facing a very grave situation. There’s an erosion of confidence — in fact, there’s a breakdown — right now, of credibility.”

“This is a very grave moment, a situation of very real crisis,” added Wuerl. “That crisis should not overwhelm us. We should be able as lay women, lay men, and bishops, to confront it and to resolve it.”

The cardinal had suggested earlier that week to the National Catholic Reporter that the bishops should address the systematic abuse and cover-up among themselves. The proposal was criticized by lay Catholics and at least one bishop.

In his interview with CWR, Wuerl repeated his suggestion of an independent body made up of bishops and lay people to address abuse allegations, saying the process should not wait for the U.S. Bishops’ Conference fall general assembly to begin.

Cardinal Daniel DiNardo, president of the U.S. Conference of Catholic Bishops, had said in an August 1 statement he had convened the USCCB Executive Committee on the matter and that there would be more meetings where it would be discussed, including the bishops’ November meeting.

Frustration with the episcopal response in the wake of the McCarrick scandal, along with mistrust for the collective episcopate, persists among the laity and many priests.