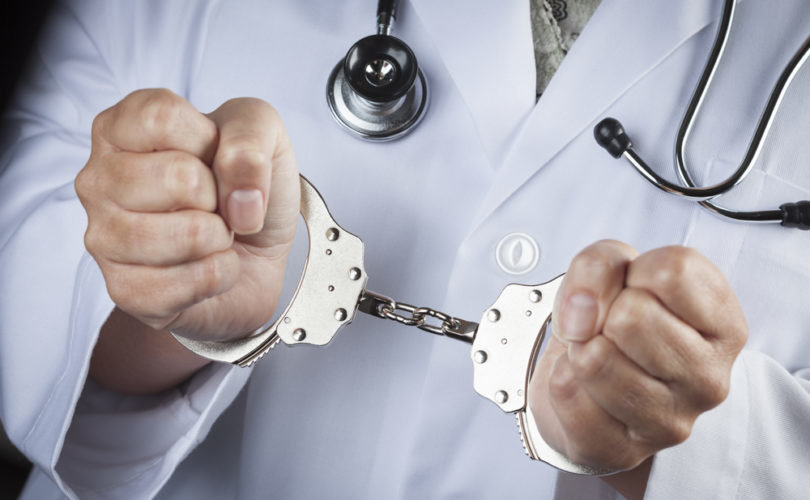 The D.C. City Council has passed a ban on the use of reparative therapy to help minors overcome same-sex attractions.

According to author and Council member Mary Cheh, the law is “a crucial step in [the] long battle” against “the counterproductive anti-homosexual mindset.”

The bill defines “sexual orientation change efforts (SOCE)” as any practice by a mental health provider that “seeks to change a person's sexual orientation, including efforts to change behaviors, gender identity or expression, or to reduce or eliminate sexual or romantic attractions or feelings toward a person of the same sex or gender.”

One controversial provision in the bill states that SOCE efforts would not include actions that support transgender minors, or counseling aimed at “acceptance, support, and understanding of a person or facilitates a person's coping, social support, and identity exploration and development.”

In other words, conversion/reparative therapy is banned, but licensed counselors are allowed to advise minors who wish to attempt to change genders about doing so.

The bill applies only to licensed counselors, so Catholic groups like Courage would be unaffected, as would parents giving their children advice.

It is uncertain how the law would be applied if a counselor advised a minor male of the risks of engaging in sexual relations with another man. While social conservatives often view such testimony as fact, based upon studies like those done by the Centers for Disease Control, LGBT proponents frequently say that condom use is a solution and that linking HIV/AIDS to men engaging in sexual relationships with other men is “homophobic.”

Family Research Council (FRC) Senior Fellow for Policy Studies Peter Sprigg, who testified against the bill in June, said in a statement after the bill's passage that “the D.C. City Council disregarded powerful testimony by therapists who debunked misconceptions about sexual reorientation therapy and by clients who had benefited from it.”

“This new law is an outrageous assault upon the freedom of speech of therapists, the freedom of religion of clients who seek help in living lives consistent with their faith, and the privacy of the therapist-client relationship,” Sprigg continued.

Reparative therapy has already been banned in California and New Jersey — though the California law has been stayed – and similar laws have been considered in at least a dozen other states. The D.C. bill, introduced in October 2013, now awaits an expected signature by D.C. mayor Vincent Gray.

“Never before has a state outlawed a form of mental health counseling based not upon the techniques used, but solely upon the goal which the client seeks to achieve. This is a shocking violation of the longstanding ethical principle of client autonomy.”

Homosexual advocacy groups often say that reparative therapy is harmful because sexuality is fixed. However, the University of North Carolina’s National Longitudinal Study of Adolescent Health looked at 10,000 teenagers and found that a majority of 16 year olds who said they only felt same-sex attractions were found to have exclusively heterosexual attractions one year later. Other studies have found the same result.

Similarly, the co-director of JONAH (Jews Offering New Alternatives for Healing) told LifeSiteNews last year that “proponents of bans on conversion therapy tend to circulate myths that take on a life of their own in order to denigrate those who may disagree with them.”

Likewise, Sprigg hammered the claim that such psychological efforts harm those seeking them, saying, “There is no scientific research demonstrating that sexual orientation change efforts cause harm to minors — none.”

Larger analyses have shown that claims of abuse by supporters of ex-gay therapy are often unfounded. The Christian Post published an analysis showing how several claims of torture and other ill treatment by people who conversion therapy efforts are either unsubstantiated or outright false. A Family Research Council analysis conducted by Sprigg found similar untruths were common in the debate over conversion therapy.

Sprigg noted in his analysis one prominent story where male-to-female transgender Brielle Goldani said he was “hooked up to electrodes” two times per week and “was shocked repeatedly by people who had my parents' permission to torture me” as a teenager. The camp at which this alleged torture was done was called True Directions.

Ex-gay therapy leader Chris Doyle, who described Goldani's testimony in a piece cited by Sprigg after having heard it in person, tracked down the church Goldani said ran True Directions — Assemblies of God in Columbus, Ohio.

Doyle said that not only did the Ohio church deny that any camp existed, and that it had never been involved in ex-gay therapy. Likewise, according to Doyle, the state government had no records of a camp under the name True Directions. His research led to exactly one camp under that name — a 1999 movie called But I'm a Cheerleader.

Similarly, the story of Samuel Brinton, who claims he was tortured with electricity and extreme heat and cold, was so unverified that ex-gay therapy opponent Wayne Besen refused to give it credence after a month of investigation.

Liberty Counsel Founder and Chairman Mat Staver said that the D.C. Council's passage of the bill “will have a severe impact on religious liberty in our nation’s capital.”

“The unfortunate irony here is that this bill was passed in the name of ‘human rights,’ said Staver. “By restricting religious freedom, a fundamental human right, this bill is injurious to human rights and equality. It is my hope that Mayor Gray will refuse to sign this bill into law.”

Cheh's office said the Council member was unavailable for comment because she was attending a memorial for deceased former D.C. mayor Marion Barry.