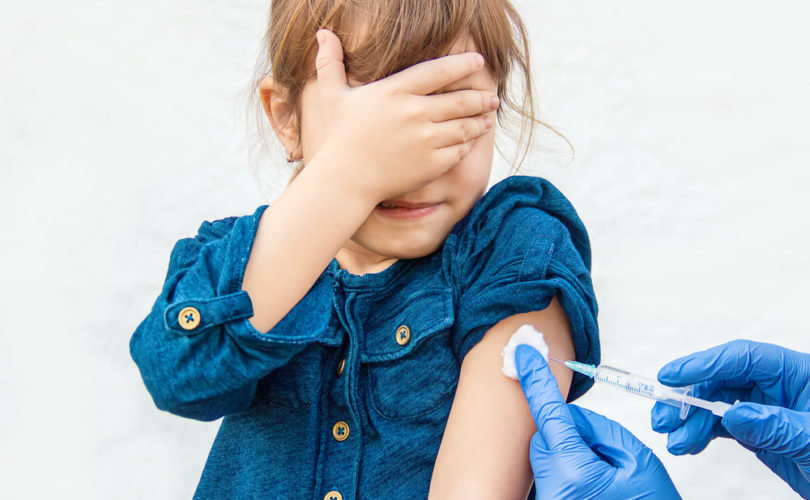 July 20, 2021 (Family Research Council) ­– When some children are quiet for too long, their parents know to expect trouble. Some school systems deserve the same suspicion. Under the cover of the pandemic, the D.C. City Council passed an act authorizing schools to administer vaccines to children as young as 11-years-old without their parent’s consent. It even authorizes the schools to “seek reimbursement, without parental consent, directly from the insurer.”

To make matters worse, the law explicitly undermines parents with religious objections to certain vaccines, mandating that spaces on the student’s immunization record be left “blank” – presumably so the state can quietly fill them in later. Republican lawmakers tried to block the D.C. Act in February, but House Speaker Nancy Pelosi prevented a vote on their Congressional Resolution of Disapproval.

“This is dangerous for children because parents won't know what vaccines their children get,” she explained. If a child experiences an adverse reaction, “all of a sudden, their child could be deathly ill, and [the parents] won’t know why.” There is also a risk of vaccinating a child twice. Parents could take their child to their family pediatrician to administer a vaccine the child already received at school. For most medicines, twice the recommended dose is not recommended.

“Parents have to play a role in these decisions,” explained Holland, because “every vaccine, every drug, carries potential benefits and potential risks.” But this law is “very intentionally designed to deceive parents.” It “requires healthcare personnel to provide accurate immunization records to the Department of Health and to the student’s school, but not to parents.” It allows students to get vaccines at school without notifying their parents, and even authorizes schools to go behind parents’ back and bill their health insurance without their knowledge. “This is active concealment required by … law,” warned Holland.

Of course, some vaccines are more controversial than others. Of particular concern are the COVID vaccines, which are authorized for emergency-use only, were only recently authorized for emergency-use on children aged 12-18, and have not received final FDA approval. Is it wise to inject children with a vaccine not yet fully tested, for a disease they are least at risk for? Parents should at least have a say.

Then there is the HPV vaccine, which protects against sexually transmitted diseases. What are we assuming by giving such a vaccine to 11-year-olds? The point is not the merits of these vaccines, but rather that parents are best positioned and have a right to make decisions concerning their children’s healthcare (that’s why they’re called “guardians”). As with critical race theory and transgender ideology, the D.C. government is using the schools to shut parents out.

D.C.’s precedent is already being copied. Last week, the Massachusetts legislature introduced the Community Immunity Act, which would largely adopt D.C.’s policy throughout an entire state. Massachusetts parents incensed at the changes, dragged a public comment hearing out for 13 hours – past 1:00 in the morning. This is a model of what parents can do to fight back against those who want the state to destroy parental rights. For more resources on how to protect your children, visit: frc.org/education.