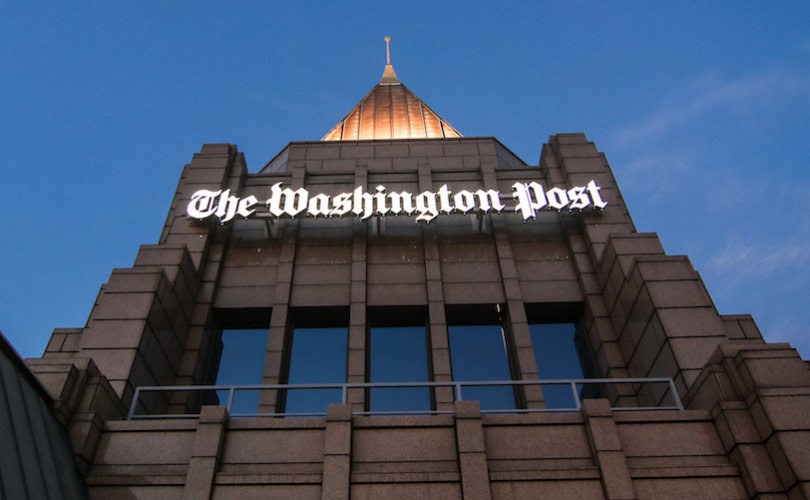 WASHINGTON (LifeSiteNews) — After more than a year of dismissing the Hunter Biden laptop scandal, the Washington Post has acknowledged the authenticity of emails found on the laptop abandoned by the president’s son. The paper also now reported on his dealings with Chinese state-backed entities.

The Post said on Wednesday that two security experts reviewed a copy of the laptop for the paper and validated almost 22,000 emails using cryptographic signatures from Google and other tech companies. The experts did not find any clear evidence of tampering and said that the verified emails would have been virtually impossible to fake, according to the Post.

Some of the verified emails describe multimillion-dollar deals between Biden and CEFC China Energy, a now-defunct energy conglomerate linked to the Chinese Communist Party and the People’s Liberation Army, the Post said.

18 months after claiming Hunter Biden’s laptop was Russian disinformation and refusing to cover the story @washingtonpost has now confirmed over 22,000 Hunter Biden laptop emails are real. Will @nypost get a retroactive Pulitzer? pic.twitter.com/kWPOzogYEF

The New York Post initially broke the Hunter Biden laptop story in October 2020, after receiving a copy of the laptop hard drive from Rudy Giuliani, who in turn had obtained a copy from a computer repair shop owner miles from the Bidens’ Delaware home. The repair shop owner, John Mac Isaac, has said that Hunter dropped off the MacBook Pro at the shop in April 2019 and never retrieved it. Mac Isaac gave the computer to the FBI later that year.

News analysis by the Washington Post criticized the New York Post’s reporting on the Hunter Biden laptop in 2020 as “sketchy.” The D.C. paper’s “Fact Checker” feature said that there were “fears that the emails could be part of a broader [Russian] disinformation campaign.”

But the Washington Post said on Wednesday that it validated a bombshell email reported by the New York Post, in which a Ukrainian energy executive thanked Hunter Biden for a meeting in D.C. with his father.

“Dear Hunter, thank you for inviting me to DC and giving an opportunity to meet your father and spent some time together,” Vadim Pozharsky of Ukrainian gas company Burisma wrote to Hunter in April 2015, while Joe Biden was still vice president. The younger Biden had been named a board member of Burisma the previous year.

The cybersecurity group Errata Security verified the same email for the Daily Caller in 2020.

Literally any news outlet could have verified the Hunter Biden emails before the 2020 election. I was at the @DailyCaller at the time. We did it with a fraction of the budget NYT and WaPo have. They made a deliberate choice not to because they wanted Joe Biden to win.

The Post said that it could not verify another email dated to 2017, in which Hunter appears to ask Chinese businessmen connected to CEFC for a ten percent cut of a proposed deal “for the big guy.” Tony Bobulinski, a former business partner of Hunter Biden, has substantiated that email and said that “the big guy” referred to Joe Biden.

The Post did not mention emails between Hunter Biden and Chinese associates describing an attempt to orchestrate a business meeting involving Xi Jinping during the Chinese dictator’s 2015 trip to the U.S., which LifeSiteNews reported last year. Also unmentioned were texts on the laptop that appear to refer to child sex abuse allegations against Hunter Biden.

The New York Times, which similarly dismissed the Hunter Biden laptop story, this month also confirmed the authenticity of emails apparently taken from the presidential son’s laptop. Emails recovered from the computer are being used in a federal probe of Hunter’s taxes, the Times said.

Cybersecurity experts hired by the Daily Mail previously confirmed last April that a copy of the laptop, which the Mail received from Jack Maxey, showed “no evidence” of tampering. U.S.-based IT firm Maryman & Associates said that data on the hard drive “appear to be authentic” and mostly “related to Mr. [Hunter] Biden,” after an exhaustive review.

The Bidens and CEFC

In another report on Wednesday, the Washington Post detailed Hunter Biden’s business dealings with CEFC China Energy, much of which have been known for years and which LifeSiteNews has previously reported:

By 2018, Hunter Biden’s top business contacts at a state-backed Chinese company called CEFC China Energy were swept up in a massive African bribery scandal. Patrick Ho, a CEFC executive whom Hunter Biden described as the “spy chief of China” in leaked audio, was arrested in late 2017 and later served time in a New York prison. CEFC chairman Ye Jianming “vanished” not long after Ho’s arrest. Hunter Biden had worked closely with both Ho and Ye, and at one point agreed to represent Ho as his personal attorney for a $1 million contract.

“Over the course of 14 months, the Chinese energy conglomerate and its executives paid $4.8 million to entities controlled by Hunter Biden and his uncle, according to government records, court documents and newly disclosed bank statements, as well as emails contained on a copy of a laptop hard drive that purportedly once belonged to Hunter Biden,” the Washington Post said.

Accounts connected to Hunter received nearly $4 million in payments from CEFC through consultant contracts, as well as the $1 million retainer to represent Ho, the Post noted.

Republican Sens. Chuck Grassley of Iowa and Ron Johnson of Wisconsin shared many of the same facts about the Bidens’ dealings with CEFC in a 2020 Senate report.

The White House did not comment on the record to the Post, but referred the paper to past claims that Joe Biden “has never even considered being involved in business with his family, nor in any overseas business whatsoever” — claims contradicted by emails, photos, and the testimony of Hunter Biden’s business associates.