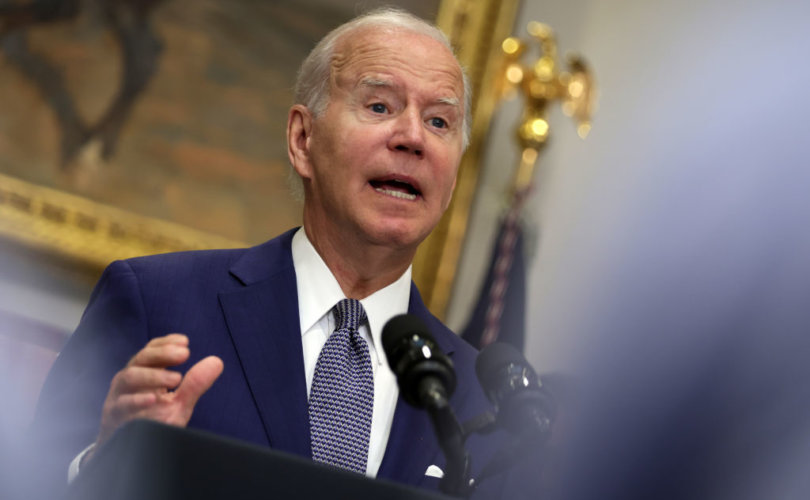 (LifeSiteNews) – On Friday, the Washington Post published an analysis casting doubt on the now-viral, unverified claim that a 10-year-old rape victim allegedly traveled out of state for an abortion.

The story involves an alleged raped 10-year-old girl in Ohio who sought an abortion in Indiana after her state’s abortion restrictions took effect following the reversal of Roe v. Wade. She was said to have been six weeks and three days pregnant, just over Ohio’s six-week cut-off for abortions.

Following numerous reports about the story, originally published in the Indianapolis Star, President Joe Biden included the anecdote in his comments prior to signing a new executive order to promote abortion.

“This is a very difficult story to check,” the analysis concludes. “With news reports around the globe and now a presidential imprimatur, however, the story has acquired the status of a ‘fact’ no matter its provenance. If a rapist is ever charged, the fact finally would have more solid grounding.”

The analysis was written by Glenn Kessler, the Washington Post’s head “fact-checker.” In the article, he describes the inconsistencies and limited sources in a method uncharacteristic of the newspaper’s usual pro-abortion slant.

He begins by pointing out that Dr. Caitlin Bernard, the obstetrician-gynecologist who said that she performed the abortion in Indianapolis, was the only source for the story of the 10-year-old rape victim. The article’s reporter did not respond to Kessler’s questions about additional or verified sources.

“Fact-checking” was pushed to the side as the story circulated around the world. “News organizations increasingly ‘aggregate’—or repackage—reporting from elsewhere if it appears of interest to readers,” Kessler wrote in the analysis. “So Bernard remained the only source—and other news organizations did not follow up to confirm her account.”

Kessler adds that if there was a case of rape, the state of Ohio requires medical professionals to report it to authorities.

Bernard told the Indianapolis Star that one of her colleagues from Ohio reached out to Bernard about the pregnant girl. However, had the situation been reported as required by law, a criminal investigation probably would have been opened.

According to Kessler, “Bernard declined to identify to the Fact Checker her colleague or the city where the child was located.”

After no further comment was made by the abortionist, Kessler’s team contacted child services agencies in several Ohio cities, “including Cleveland, Columbus, Cincinnati, Dayton and Toledo” but reported that “none of the officials we reached were aware of such a case in their areas.”

READ: No one should trust abortion horror stories pushed by the desperate liberal media

The analysis finishes by pointing out the necessity of further source verification beyond the doctor’s testimony. However, Kessler writes that “obtaining documents or other confirmation is all but impossible without details that would identify the locality where the rape occurred.”

The White House has also declined to provide proof of the story.

As seen most prominently in the wake and aftermath of the Dobbs decision, articles published in the Post tend to feature pro-abortion views more than the pro-life argument. Prior to the decision, an opinion was published condemning the path of adoption as a simple alternative to abortion.

When Roe was reversed, the newspaper focused on the pro-abortion viewpoint. The paper’s coverage of the public response to the overturned ruling gave the majority of the sources and testimonies to those devastated by the reversal.

That same day, another opinion came out, bashing the Christian view of abortion as “responsible for taking a constitutional right away from American women in the name of maintaining the power of the family and the nation.”

Last month, the Post published an article about a teenager from Texas who gave birth to twins following the state’s abortion ban. The paper intended the births to be portrayed as a punishment, but accidentally received praise from pro-lifers for sharing a beautiful witness to life.