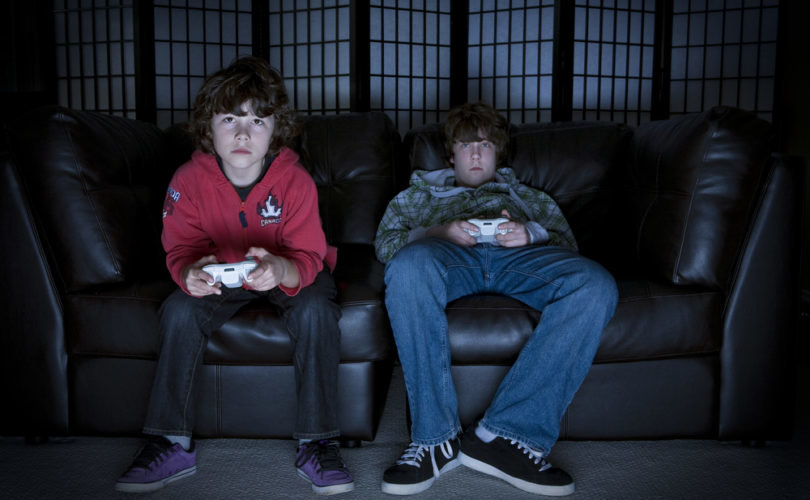 (LifeSiteNews) – The mainstream media made its latest attempt this week to conscript corporate America into its pressure campaign to save Roe v. Wade, with The Washington Post trying unsuccessfully to get video game companies to take a stand on America’s most contentious political and social issue.

On May 2, Politico published a leaked draft of a majority opinion by conservative Justice Samuel Alito for Dobbs v. Jackson Women’s Health Organization, which concerns Mississippi’s 15-week abortion ban. The draft declares that “Roe was egregiously wrong from the start,” and therefore it is “time to heed the Constitution and return the issue of abortion to the people’s elected representatives.” In response, the Court announced the draft was authentic but “does not represent a final decision by the court or the final position of any member on the issues in the case.”

On May 11, the Post published an article on how “most of the video game industry’s biggest companies have remained conspicuously quiet” about the news. It says it “contacted 20 major video game companies about whether they planned to make a statement regarding Roe’s potential repeal or provide employees with monetary aid in places where abortions would no longer be available.”

All but two, the Bill Gates-owned Microsoft and Call of Duty publisher Activision Blizzard, declined to comment.

Microsoft, which puts out the Xbox line of gaming consoles, said it will “continue to do everything we can under the law to protect our employees’ rights and support employees and their enrolled dependents in accessing critical health care — which already includes services like abortion and gender-affirming care — regardless of where they live across the U.S.,” and Activision Blizzard gave a less committal statement that it is “committed to an inclusive environment that is supportive of all of our employees,” prioritizes “fair and equitable health care,” and will closely monitor developments in the coming weeks and months.”

A few additional companies made statements without the prompting of the Post, the largest of which was Halo and Destiny creator Bungie Studios. Bungie called potentially overturning Roe a “blow to freedom in America” and a “direct attack on human rights,” declared it is “dedicated to upholding” the “values” of “reproductive choice and liberty,” and suggested customers donate to several pro-abortion advocacy groups, including NARAL.

By contrast, Bloomberg reported that Jim Ryan, president and CEO of Sony-owned PlayStation, sent an email to employees stating that “we owe it to each other and to PlayStation’s millions of users to respect differences of opinion among everyone in our internal and external communities. Respect does not equal agreement. But it is fundamental to who we are as a company and as a valued global brand.” He followed up that message with a “lighthearted” anecdote about his pet cats, in an apparently unsuccessful attempt to defuse tensions.

“In internal discussions viewed by Bloomberg, which haven’t been previously reported, employees at several PlayStation studios expressed their displeasure at the tone of the email,” the report read. “Some women wrote that they felt their rights were disrespected or trivialized by the message. One employee said they’d ‘never been so mad about a cat birthday before.’”

That provoked scores of irate reactions on social media, the most notable of which came from Ryan McCaffrey, executive editor of gaming news site IGN, which tweeted, “this isn’t that f***ing difficult, buddy. You just show empathy and support for your female employees and their families and decry this grotesque and blatant infringement on their bodily rights.”

While many would expect developers and sellers of entertainment products not to weigh in on highly-controversial issues unrelated to their business, The Washington Post suggests the silence on abortion is “especially conspicuous following the industry’s near-unilateral support of causes like Black Lives Matter in the wake of George Floyd’s murder and anti-Asian hate as a result of the covid-19 pandemic.”

The paper also suggested that, rather than rooted in a good-faith belief in the pro-life cause or simple respect for differing points of view, the reluctance to endorse legal abortion comes from video game players’ alleged “tendency to bristle at issues pertaining to women both in-game and out,” citing examples of misconduct within certain gaming companies and the widely-misreported “GamerGate” controversy of 2014. In doing so, WaPo ironically slights women by falsely framing the issue as pitting men against uniformly-minded women.

For real man, stop acting like you speak for women and our agency. Not all women view the issue the same and it’s patronizing (and insulting) to treat us like we do.

At The Federalist, Kylee Zempel noted that the co-author of the piece, Shannon Liao, previously covered the ouster of CEO John Gibson from game company Tripwire Interactive for expressing support of the Texas Heartbeat Act.

“[W]hen companies devote their attention to their own affairs rather than murderous left-wing causes disguised as ‘reproductive health care,’ they’re ‘conspicuously quiet,’” Zempel wr0te. “But when those same companies or their leaders break from the corporate hive mind to instead pump the brakes on abortion radicalism, they’re ‘entangling’ their workers in their own personal politics.”

Potentially alienating customers is an especially risky proposition for the video game industry, given the ease with which gamers can purchase pre-owned games, hardware, and accessories from chains like GameStop and Half-Price Books, or independent resale shops across the country, thereby legally depriving the original developers and publishers of additional sales.