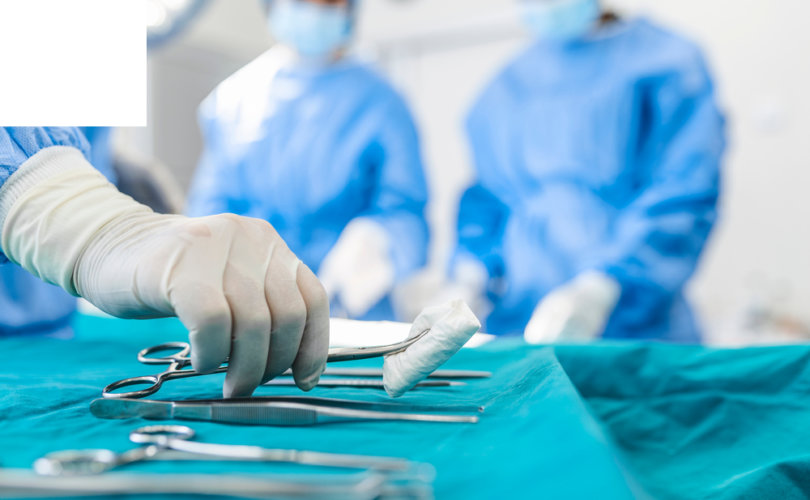 (LifeSiteNews) — A Washington state law that forces insurance providers to cover gender mutilation surgeries for children as young as 13 without parental consent went into effect in January.

SB 5313 mandates that insurance companies must cover so-called “gender affirming,” “transgender” surgical procedures for adolescents, including castration, mastectomies, and tracheal shaves, without parental consent, despite the fact that parents would pay for the prescribed treatment as policyholders, according to Seattle radio host Jason Rantz.

The new law, dubbed the “Gender Affirming Treatment Act,” stipulates that “a health carrier may not deny or limit coverage” for “gender affirming treatment” “consistent with a person’s gender expression” “when prescribed as medically necessary.”

The act expands upon SB 5889, passed in 2019, that forced insurance companies to cover gender dysmorphia “treatment” for 13- to 17-year-olds that would include, for example, puberty blockers, also without parental consent. However, the previous law excluded gender “reassignment” surgery and other procedures like facial reconstruction since they were classified as cosmetic procedures.

SB 5889 refers to “protected individuals” as including a “minor who may obtain health care without the consent of a parent or legal guardian, pursuant to state or federal law.”

Democrat state Sen. Marko Liias of Lynnwood, the sponsor of the new Gender Affirming Treatment Act, backed the law as a way to overcome what he called “profound discrimination” in health care against those considered “transgender.”

In fact, Liias has gone so far as to suggest that measures such as bans on “transgender” medical procedures and drugs for minors, which are being drafted and passed across the country, are a product of “hate.”

“I am proud that our state is sort of standing up to this hysteria sweeping the country of intolerance and hatred of trans people,” Liias told Cross Cut regarding his bill. “We are going the opposite direction saying that, here, people are welcome and we support them.”

“There is not a short or simple answer on what care is appropriate for which individuals. In short, I support the ability of all trans people to access medically necessary care,” Liias wrote in an email to Rantz.

Washington Democrats rejected a proposed amendment to SB 5313 that would have restricted the ironically-named “gender affirming treatments” to those 18 and older. They also shot down a clause that would have mandated the coverage of cosmetic “transgender” “treatment” only “if the treatment or services will improve the overall mental health of the enrollee.”

Republican state Rep. Michele Caldier of Port Orchard pointed out to the Jason Rantz Show that “the same legislators who pushed the age of purchase of tobacco products from age 18 to 21 now claim 13-year-olds are able to make the solo decision whether to get their trachea shaved or a mastectomy.”

“This is wrong — 13-year-olds are not mature enough to make gender reversal surgery decisions and need parental support during this time,” Caldier said. As a foster parent of teenagers, she observed, “These kids need my help for simple day-to-day tasks. I couldn’t imagine them making life-changing decisions without my support or their parents’ support.”

Indeed, minors are banned from using tanning beds in the state of Washington — yet testosterone injections administered as part of gender “transitions” can render a woman infertile, and procedures such as castration and mastectomies are permanently mutilating.

Just two weeks ago, a Canadian teacher was silenced during a school board meeting and then suspended after voicing concerns over a children’s book in her district’s K-6 libraries that glosses over the likelihood of permanent sterilization as a result of hormone blockers. When the doctor presents this possibility to the child in the story, the child replies, “It’s cool.”

Carolyn Burjoski argued at the time that the book (of which there are over 100 copies in her school district) is “misleading because it does not take into account” how the character “might feel later in life about being infertile. This book makes very serious medical interventions seem like an easy cure for emotional and social distress.”

But the school board never responded to her concerns. It voted 5-4 to uphold its chair’s decision to immediately silence her during the meeting due to claims she was violating Ontario’s Human Rights Code.

The National Post has that the “transgender” “affirmation” approach has been criticized even by “trans” people themselves. In fact, they reported, “Two leading psychologists in the transgender medical community, one of them a trans woman, complained in a recent article about sloppy and dangerous assessment of young people presenting as trans, with overly hasty resort to hormones.”

If the “detransition” subreddit discussion forum, which currently has over 25,000 subscribers, is any indication, large numbers of “transgender” people are considering “reverting” to their biological sex, or have already “de-transitioned.” One subscriber, who said they “speak from experience,” believes “actual gender dysphoria is rare,” and that people turn to gender “transition” as an easy fix to their depression and mental health issues. The Reddit user called this idea an “intoxicating fantasy.”

60 Minutes has featured stories of young people who regret “gender transitioning,” and testify that they felt they were rushed into the process, and not challenged or questioned enough on the reasons for their desire to transition.

Dr. Laura Edwards-Leeper, “the first psychologist at the first major youth gender clinic in the U.S.” who has herself facilitated many gender “transitions,” shared during the 60 Minutes segment that she believes doctors are too freely recommending such procedures.

“It greatly concerns me where the field has been going,” she said. “I feel like what is happening is unethical and irresponsible in some places. Everyone is very scared to speak up because we’re afraid of not being seen as affirming or being supportive of these young people or doing something to hurt the trans community. But even some of the providers, who are trans themselves, share these concerns.”

Rantz believes that Washington’s Gender Affirming Treatment Act will erode the relationships between parents and children, and “tak[e] away an incredibly important part of a child: the support and love of a parent to have a conversation about what they’re going through.”

He noted that “most teens go through a phase of being untrusting of parents or wanting to keep something private — issues much less sensitive or serious than gender reassignment surgery.”

“The legislature could have easily created a carve-out for minors who have a legitimate reason to keep some treatment private from abusive parents. But they chose not to. This isn’t about the child, it’s about a greater political movement. And these children are being used to forward it.”