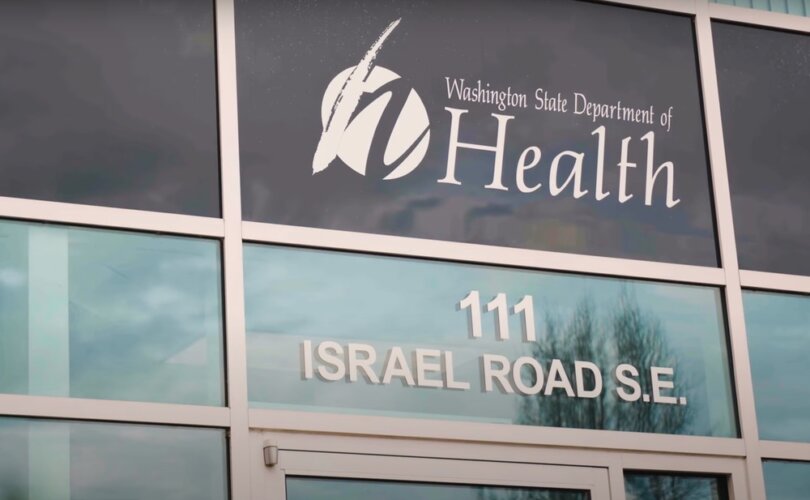 (LifeSiteNews) — Washington state’s department of health sparked backlash Friday for reminding “transmasculine persons with a cervix” — better known as “women” — to get screened for cervical cancer.

“Transmasculine persons with a cervix should talk to their doctor about #CervicalCancer screening and the #HPVvax,” the government agency’s official Twitter account said in a January 13 tweet.

The message directed viewers to “Find a LGBTQ-welcoming provider” by following a link to the National LGBT Cancer Network.

Transmasculine persons with a cervix should talk to their doctor about #CervicalCancer screening and the #HPVvax. Find a LGBTQ-welcoming provider at https://t.co/b91Rqk8MZU pic.twitter.com/4ZpX6NZbKS

Twitter users excoriated the tweet from the official agency with some calling the content a “joke” or suggesting the message demonstrated a form of “mental illness”.

“If you have a cervix you are a female of either the girl/woman variety,” one Twitter user wrote. “There is no other option except in your imagination. Depts of Health should know better than to pander to imaginary whims.”

Though social media users were quick to point out the absurdity of the transgender ideology expressed in the state agency’s message, people who have undergone surgeries and pharmaceutical interventions to look more like the opposite gender tend to experience higher rates of cancer due to their lifestyles.

The resource cited by the Washington Department of Health states on its website that one of its primary goals is to educate “the LGBT community about” its “increased cancer risks and the importance of screening and early detection.”

A 2017 analysis published by the National Institutes of Health (NIH)’s National Center for Biotechnology Information (NCBI) noted that “As cross-sex hormones administered for the purposes of gender affirmation may be delivered at high doses and over a period of decades, the carcinogenicity of hormonal therapy in transgender people is an area of considerable concern.”

“In addition, concerns about cancer risk in transgender patients have been linked to sexually transmitted infections, increased exposure to well-known risk factors such as smoking and alcohol use, and the lack of adequate access to screening,” the analysis suggested.

A 2019 study published in the British Medical Journal found that men who took hormones to look more like women were more than 46 times more likely to be diagnosed with breast cancer, LifeSiteNews previously reported.

Researchers have also observed a higher incidence of cancer in gender-confused women.

A March 2020 study published by Cancer, a medical journal, discovered that gender-confused women “are twice as likely as cisgender men [biological men] to have had cancer,” Boston University’s School of Public Health pointed out.

In addition to cancer risks, transgender surgeries and drugs can also cause infertility in children and adults.

RELATED: Even the New York Times is worried about the irreversible damage of puberty blockers