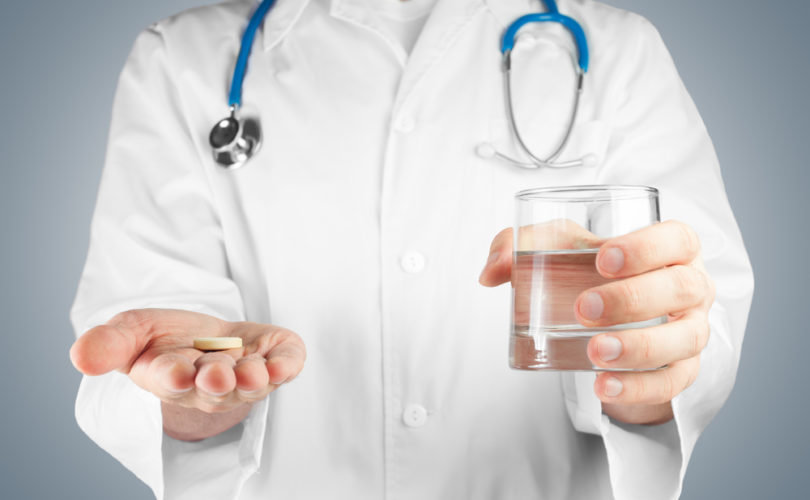 The female pharmacists and the Stormans family, who operate Ralph's Thriftway, petitioned the Court January 4 to stop a Washington State law forcing them to sell abortifacients in violation of their religious beliefs.

The law is the only one of its kind in the U.S., according to the Becket Fund for Religious Liberty, which said the law has been denounced by the American Pharmacists Association as “radical” and “grossly out of step with state regulatory practice.”

Because of the law, Margo Thelen lost her job as a pharmacist, Rhonda Mesler was threatened with losing hers, and the Stormans family faces going out of business.

The Becket Fund, along with the Alliance Defending Freedom and legal scholar Judge Michael McConnell, are defending the women and the Stormanses.

The plaintiffs contend that with more than 30 other pharmacies within five miles of Ralph's Thriftway, and the drugs likewise widely available throughout the state, no one has been denied access to abortifiacients, and with referrals allowed for other reasons, forcing them to dispense the drugs is a violation of their religious conscience.

“No one should be forced to choose between their religious convictions and their family businesses and livelihoods, particularly when the state allows referrals for just about any other reason,” ADF senior vice president of legal services Kristen Waggoner said in a statement.

Thelen was fired from her pharmacy and Mesler's employment threatened after the two pharmacists and the Stormanses sued to prevent enactment of the regulation in July 2007.  It was also then that the Stormanses were put under investigation and threatened with revocation of their pharmacy license.

A federal court found the law to be unconstitutional in February 2012, stating in its ruling, “The facts of this case lead to the inescapable conclusion that the Board's rules discriminate intentionally and impinge Plaintiffs' fundamental right to free exercise of religion.”

The ruling allowed the two pharmacists and the Stormanses to continue to refer customers rather than sell the abortifacients.

The state then appealed to the Ninth Circuit Court of Appeals, and in July of last year the court ruled in its favor against the pharmacists.

The decision compelled the Stormans family and the two pharmacists to take their case to the nation's high court.

“No customer in Washington has ever been denied timely access to any drug due to religiously motivated referral,” the petition to the Supreme Court states, according to ADF. “Nevertheless, in 2007, Washington became the only state to make [this] religious conduct illegal. … After a twelve-day trial, the district court held that the new regulations violate the Free Exercise Clause because they intentionally target religious conduct, have been enforced only against religious conduct, and exempt identical conduct when done for 'an almost unlimited variety of secular reasons.'”

Attorneys from Planned Parenthood and pro-abortion law group Legal Voice worked with the state in its appeal to the Ninth Circuit, according to ADF.

“The state's new regulations were primarily drafted by [these] two pro-abortion advocacy groups at the request of Governor Christine Gregoire, who personally boycotted [Ralph's Thriftway] because of their conscientious objection to abortifacient drugs,” the petition says.

The governor's efforts netted a new Pharmacy Commission chairman who opposes religious conscience consideration, ADF said, who stated, “I for one am never going to vote to allow religion as a valid reason for a facilitated referral” and advocated prosecuting conscience-based referrals “to the full extent of the law.”

The president of Stormans, Inc. expressed how the regulation unjustly forces the family to compromise their religious beliefs.

“The state allows pharmacies to refer for all kinds of reasons. In practice, it only bans religiously motivated referrals,” Kevin Stormans said. “With more than 30 pharmacies stocking the drug within five miles of our store, it is extremely disappointing that the state demands that we violate our conscience or jeopardize our family business. All we are asking is to be able to live out the beliefs that we hold, as Americans have always been able to do, and to be able to refer patients for religious reasons, as the medical and pharmaceutical associations overwhelmingly recommend.”

Becket Fund deputy general counsel Luke Goodrich called the regulation absurd and said no one should be forced out of his or her profession because of religious belief.

“This law does nothing but punish people of faith,” Goodrich said in a statement. “We are optimistic that the Supreme Court will step in and strike down this blatant discrimination against people of faith.”

The Supreme Court is expected to decide whether to hear the case in March. If it takes the appeal, the case will be argued late this year.

The birth control pill is killing women, but no one’s warning them of the risk
BREAKING: Federal court: forcing pharmacists to distribute abortifacient drugs ‘unconstitutional’