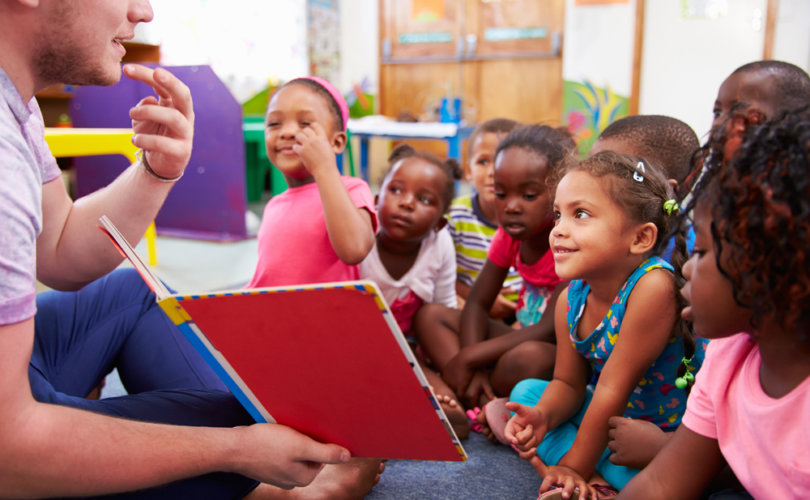 OLYMPIA, Washington, June 6, 2016 (LifeSiteNews) – Elementary students will be taught transgender theory – the notion that gender is a “social construct” rather than a biological reality – beginning in kindergarten, under new educational standards quietly adopted by Washington state.

By fifth grade, teachers will “promote” solutions to combat attitudes the state sees as lacking “respect” for homosexuals and transgender people.

The standards, adopted in March, will go into effect at the beginning of the 2017 school year.

In kindergarten, according to the new guidelines, students as young as five should “understand there are many ways to express gender.”

By second grade, students will be taught the “importance of treating others with respect regarding gender expression.”

The guidelines ask teachers in fifth grade to “promote ways to show respect for all people” specifically within the context of gender identity and sexual preference.

They do not specify which attitudes or beliefs would be deemed disrespectful.

Although the state document deals with a controversial issue that is hotly contested, the state did not alert parents by issuing a press release.

Nonetheless, the guidelines appear to open young people up to the influence of numerous sources outside, and possibly conflicting with, the values of their parents.

The guidelines define “gender” as “a social construct based on emotional, behavioral, and cultural characteristics attached to a person’s assigned biological sex.” Confusingly, elsewhere they define the term as synonymous with “biological sex.”

“Sexual orientation” is defined as “the nature of an individual’s physical, romantic, emotional, or spiritual attraction to another person.”

“Parents should be concerned about whether these standards are age-appropriate, as well as whether the manner in which these topics will be taught may undermine the values held by their family,” the Family Policy Institute of Washington said in a statement. “It is frightening to think that students who hold traditional beliefs about gender and sexual identity may have to choose between accepting politically correct talking points or failing assignments and being ostracized by school administrators.”

Joseph Backholm, executive director of the Family Policy Institute of Washington, told LifeSiteNews, “By and large, this is not something that kindergartners are walking around wondering about themselves,” and questions they do have should be answered by parents.

Ironically, the curriculum will also teach students to recognize medically accurate terms for body parts and that “boys and girls have some body parts that are the same and some that are different.”  Backholm called the disparity between the scientific and ideological components of the cirriculum “cognitive dissonance.”