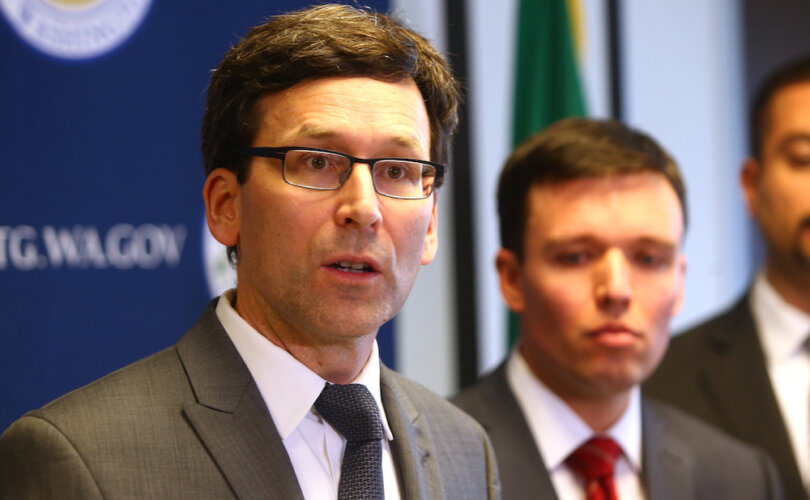 SPOKANE, Washington (LifeSiteNews) — Residents of Washington can file complaints against anyone who interferes with them getting abortions, potentially opening the door to frivolous harassment of pro-lifers by state officials.

The “Reproductive Rights Complaint Form” allows individuals to file complaints if they feel they have “Experienced deception, harassment, or other misconduct at a crisis pregnancy center” or “Experienced harassment at a clinic or other reproductive health care facility.” Complaints can also be filed against anyone who denies someone an abortion or “refused to fill prescription for birth control, emergency contraception, or abortion pills.”

This could open the door for the targeting of pro-life individuals who work at places such as CVS or Walgreens and have objections to these drugs. Pharmacies can now hand out abortion drugs due to a recent decision by the Food and Drug Administration.

“We wanted to make sure people understood what their rights were,” Kristin Beneski, an assistant attorney general, said in a statement to KXLY.com.

Students for Life of America has concerns about the forms, according to comments provided to LifeSiteNews.

“By making these complaints public record, which disclose such identifying information as a name, address, and/or phone number, the door has been flung open for the possibility of harassment of peaceful, well-intended, pro-life people,” West Coast Regional Manager Mariah McCarron said in a media statement. “As has been shown for quite some time, pro-life establishments across the United States have been subject to a bevy of attacks from pro-abortion entities, even including a recent increase in physical violence.”

She noted the ongoing attacks on “pro-life pregnancy resource centers, including several firebombings,” since the reversal of Roe v. Wade.

The form is also quite vague in that there is no option to define what exactly was done that might constitute allegations such as harassment or misconduct,” McCarron added. “Those subject would be accused under a single, broad term. For example, this would give no distinction between someone who is silently praying on a public sidewalk, and someone who is yelling obscenities.”

She said if the attorney general’s office “truly values giving women options” then it “should not target the life-affirming options that pregnancy resource centers provide.”

“These centers provide a counter-presence to a predatory abortion industry which financially profits off of the abortions it commits, thereby disincentivizing even the consideration of choosing life, much less supporting mothers in having both their babies and their dreams,” McCarron stated. “Women, their partners, and their families deserve constructive care which cannot be found at an abortion facility.”

While the state attorney general office is collecting the form, there is a possibility that complaints could be used in federal prosecutions, as President Joe Biden and the Department of Justice continue to target pro-lifers using the Freedom of Access to Clinic Entrances Act (FACE).

For example, the FBI in September 2022 raided the home of a Pennsylvania father of seven under the pretext of violations of the FACE Act for a minor altercation the year prior.

The FBI, with guns drawn during the early morning raid, arrested Mark Houck for allegedly pushing a pro-abortion activist who repeatedly harassed him the year prior outside of an abortion facility. Houck pushed the man away to keep him away from his 12-year-old son, and a local Pennsylvania court had already dismissed the charges.

Weeks later, the FBI raided the home of a pro-life father of 11 who was involved with a peaceful protest at an abortion facility.

The targeted prosecution of pro-lifers starts from the top.

President Biden and his team have frequently demonized pro-lifers as an “extreme threat” to “democracy.”

“The MAGA Republicans don’t just threaten our personal rights and economic security, they’re a threat to our very democracy,” Biden said during an August 2022 speech.

Furthermore, his Attorney General Merrick Garland has shown himself a fan of targeting conservatives in general using the full force of the federal government.

Garland directed federal law enforcement to monitor parents and other activists who spoke out at school board meetings against COVID policies, critical race theory, and pornographic LGBT content.