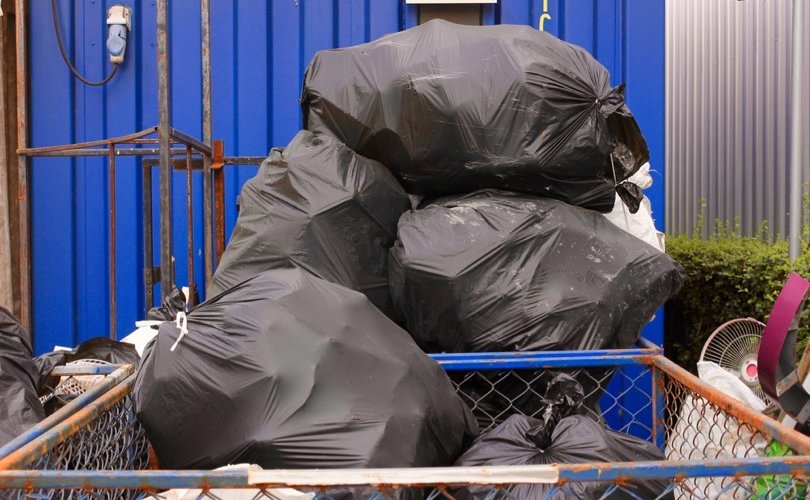 COLUMBUS, Ohio, December 11, 2017 (LifeSiteNews) – A U.S. medical waste company has confirmed that it no longer contracts with abortion centers, including the last one remaining in Kentucky, to dispose of aborted babies.

Pro-life organization Created Equal confirmed in a phone call that Specific Waste Industries had ceased to provide medical waste services for EMW Women’s Surgical Center in Louisville and other abortion centers in the Midwest.

“We have discontinued our contract with them,” a staffer said on the phone. When asked again for confirmation, she said, “No, we are no longer in service with them.”

When asked if there are other abortion centers that the company contracts with, the staffer replied, “no.”

The news comes after Created Equal launched a campaign last month to pressure regional and local waste providers throughout the country to stop enabling abortion centers in killing pre-born children by collecting their “waste.”

“If abortionists are going to kill babies, they should be forced to dispose of the bodies by themselves,” said Mark Harrington, National Director of Created Equal, about the campaign.

The campaign is fueled by the logic that if abortionists cannot dispose of the babies they abort, they may be forced to stop offering the procedure altogether.

Harrington told LifeSiteNews his group is not letting up on pressure for medical waste companies to stop doing business with the abortion industry, whether in the case of Specific Waste, or other haulers.

“We will ‘trust but verify’ Specific Waste’s claims regarding their refusal to dispose of fetal remains from abortion companies,” Harrington said. “However, we remain committed to ending abortion. Persuading every enabler of abortion to dump Planned Parenthood and the abortion industry altogether is one of many means to accomplish that goal.”

Harrington said Created Equal is in the midst of determining whether any other company has stepped in to fill the void made by Specific Waste dumping the abortion industry from its list of clients in the tri-state area.

“We will keep monitoring the abortion mills in the region,” he told LifeSiteNews.

Last month the group launched another phase of the project focused on Specific Waste.

Created Equal hopes to continue to make disposing of aborted babies an increasingly difficult undertaking in the interest of saving lives.

Created Equal is asking pro-life supporters to contact Specific Waste’s CEO Victor Anderson at 502-425-2770 to thank him for “dumping EMW, the last abortion center in Kentucky.”