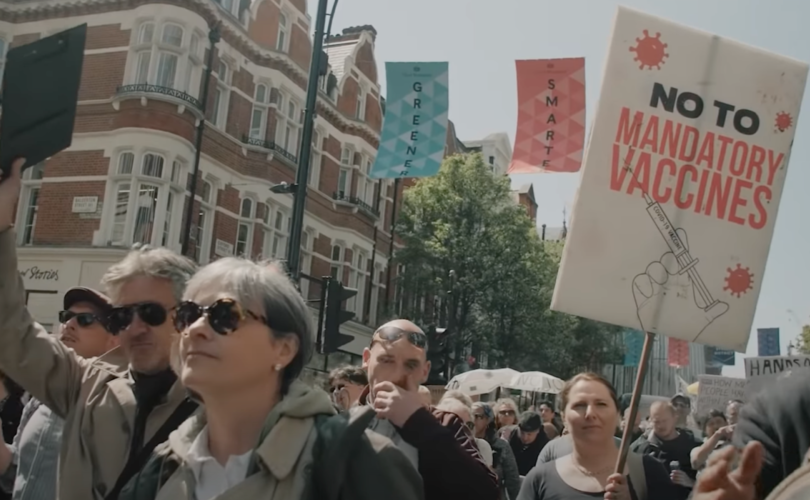 UPDATE, April 28, 2:44 p.m. EST: This article has been updated to reflect accounts of a far larger crowd size than initially reported by the mainstream media.

Masked police officers looked on as the maskless “United for Freedom” marchers wound their way through the city on Saturday.

Chanting “Freedom!” along a route that took them past Buckingham Palace to Hyde Park, hundreds of thousands of marchers carried signs saying “Freedom, from tyranny,” “No to vax passports,” and “Resist the new normal.”

Despite the pro-lockdown mainstream media estimating “thousands,” or “10,000” marchers were there, several commentators and journalists present at the protest declared that there were well over 100,000 people present. They were supported by video clips showing the significance of the crowd size, and Daily Expose even described the event as “possibly the largest protest the United Kingdom has ever seen.”

Other signs read, “Freedom over fear; fight for your rights,” “Medical Freedom,” and “No amount of manipulation is a match for a mother’s intuition.”

One man wore a shirt bearing the message, “Choose life, not fear.”

The beautiful six-minute video, titled “Humanity on its feet,” was produced by Oracle Films, “professional filmmakers that have joined the fight for open debate and freedom of information in the face of global government encroachment and big-tech censorship.”