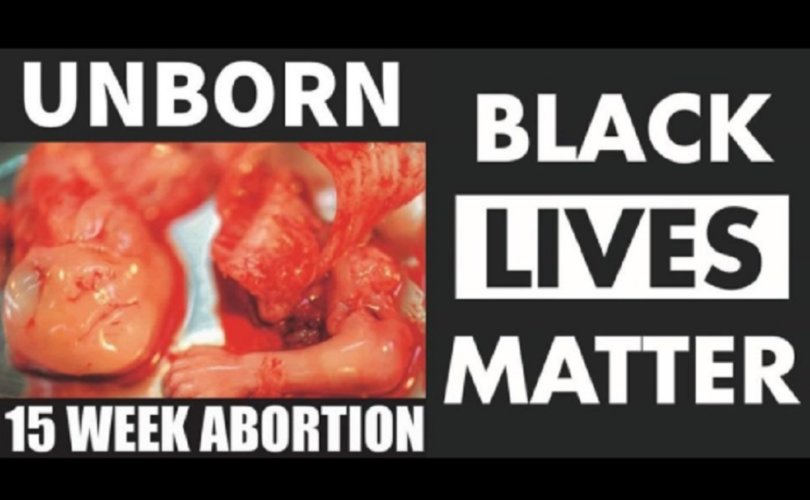 On August 17, Created Equal, a national pro-life organization, launched OperationDNC, a plan to protest during the DNC, by flying a giant pro-life banner over Milwaukee. This came in response to the Democrats’ support of abortion. The banner has a picture of a 15-week aborted baby with the words “Unborn Black Lives Matter.”

It kicked off in Brookfield, with the banner being in the air for eight hours. The banner will be circulating Milwaukee from August 17 to August 20. Before the DNC, on August 14, the organization flew an airplane tow banner with the words “Vote Anti-Abortion.”

“We want to demonstrate that the BLM Foundation and the Democratic Party don’t care about hundreds of thousands of black lives: namely, all the unborn black babies that Planned Parenthood and other abortionists kill every year,” he continued.

“Our purpose is to expose the blatant hypocrisy of Black Lives Matter and the Democratic Party, which both say they care about black lives.”

Harrington shared some shocking facts about abortion in black American communities. “While blacks make up 13% of the total U.S. population, they account for close to 40% of all abortions in the country.”

“A black baby is 25 times more likely to be killed than a white baby,” he said. “Nationally, black women have the highest ratio of abortions to live births (474 abortions per 1,000 live births) of any group in the country.”

In a livestreamed video on the same day, Harrington said, “Some people wonder why we would fly a banner like this … over the downtown. And here’s the reason; it’s the same reason that activists, throughout social reform history, have used graphic images to make their point.”

“Victim photography has always played a role in social reform,” he continued. “We believe it works also for abortion. We have anecdotal evidence, we have statistical evidence, and we have the fact that children’s lives have been spared by these images.”

“They’re going to see any aborted baby photo next to the word abortion and they’re never going to think of abortion the same,” he said.

Harrington explained that the reason they flew the banner over Milwaukee is that Wisconsin is a “key state for the presidential election.”

“And keep in mind,” he said, “because we’re a non-profit organization, we can’t necessarily tell people to oppose or support any individual candidate. So we’re telling people to vote anti-abortion, allowing them to reason to the conclusion as to which candidate supports abortion and which doesn’t.”