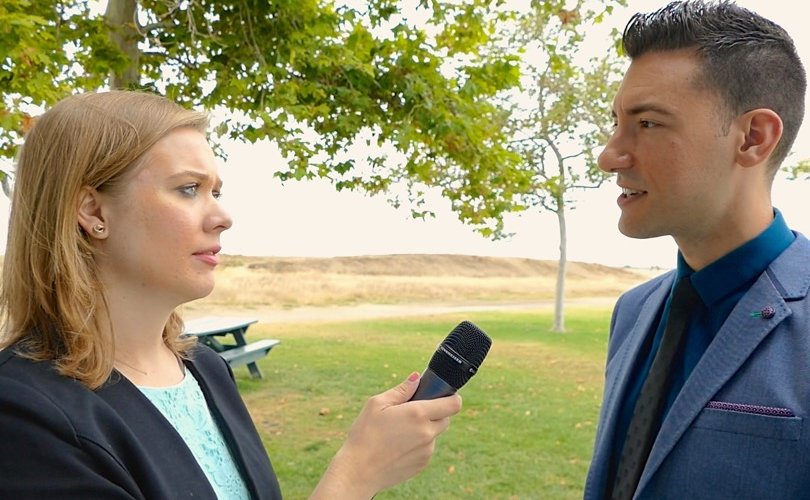 “Planned Parenthood and their business partners know that the baby parts issue is the biggest scandal that they have ever faced and it’s the scandal that could take them down,” Daleiden told LifeSiteNews.

Daleiden’s investigation has resulted in numerous state and federal investigations into Planned Parenthood and its business partner StemExpress, which procures fetal body parts for research.  A Congressional panel recently accused StemExpress and the abortion centers with which it contracted of violating federal patient privacy and informed consent regulations.

StemExpress, Planned Parenthood, and the National Abortion Federation have all pursued legal action against Daleiden.

“I think it’s the biggest mistake that Planned Parenthood made, to bring all of these issues about the veracity of the videotapes and the things that their senior-level leadership have said on camera, and the details of their baby parts program,” said Daleiden.  “To bring all of that into courtroom and put all of that under the scrutiny of the tools of the legal system.”

Daleiden also said he “wouldn’t be surprised” if StemExpress withdrew its lawsuit against him because the evidence coming out against the company makes it “no longer worth it to them” to pursue action against the Center for Medical Progress.

On Tuesday, Judge Diane Bull dismissed the human organ trafficking charge, ruling that the indictment did not conform to all necessary guidelines.

In April, on the orders of California Attorney General Kamala Harris, agents raided Daleiden’s apartment and seized all of his undercover footage.  Daleiden noted that Planned Parenthood has donated tens of thousands of dollars to Harris’s political campaign over the years and “she’s raising money off of Planned Parenthood on her Senate campaign website right now.”

Many pro-life advocates have called on Harris to resign over this conflict of interest.

There is nothing illegal about speaking truth to power, Daleiden stressed, and he and his colleagues were exercising their constitutional rights as citizen journalists throughout the course of their investigation.  He said he is ready to do what is necessary to continue defending his rights in court.

Daleiden said he became more serious about his Catholic faith after becoming involved in the pro-life movement.  He told LifeSiteNews that his three spiritual influences are the Traditional Latin Mass, the message of Our Lady of Fatima, and the pastoral teaching of Pope Francis.

“All three of those things were incredibly inspiring for me, they were comforting for me, and I don’t think that I could have done this work without them,” he said.