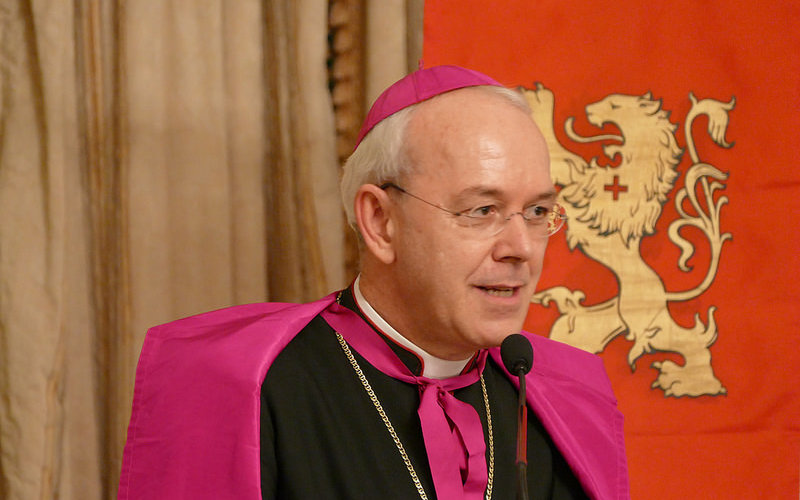 WASHINGTON, D.C., October 26, 2016 (LifeSiteNews) — The Blessed Virgin Mary will crush the “greatest heresy of all times,” which is the anti-Christ that “denies the Father and the Son,” Bishop Athanasius Schneider said in a hard-hitting talk last week about faith, salvation, and the vast crisis within the Catholic Church.

Schneider, the auxiliary bishop of Astana, Kazakhstan, told the hundreds gathered that the “root of all heresy” is lack of belief in the incarnation — the Christian teaching that God “was made flesh and dwelt among us.” Schneider is one of the world’s most orthodox-minded bishops. He has repeatedly spoken about the current crisis of faith within the Catholic Church, which he says is the “fourth great crisis” in the history of the Church. Schneider also has clarified Catholic teaching after Pope Francis made confusing comments and has decried the ambiguity in Amoris Laetitia.

“We are witnessing … the immensity of the evil which the powers of darkness have installed in all the corners of the world,” Schneider said. He encouraged the faithful not to give up hope and to take refuge in the Catholic faith and Mary’s special role in it.

“Faith teaches the sure way of eternal salvation,” Schneider said. “Faith is the light that shines in the darkness of this mortal life and pilgrimage. It leads men securely to the possession of the fatherland to which they [belong] … if they do not allow it to die out by infidelity and sinfulness. Faith … serves as a nourishment of the just man and the support of his just labors.”

“The Immaculate Virgin Mary will surely crush the greatest heresy of all times, which is the heresy of the anti-Christ, and which is, I quote St. John the Apostle … ‘who is a liar, but he that denies that Jesus is the Christ?’” Schneider continued. “He is the anti-Christ that denies the Father and the Son. St John, First Epistle … the greatest enemy of the Christian faith is not an army with material weapons, but an army of those who are equipped with ink and pen in order to undermine and pervert the virginal purity of the Catholic faith.”

The consequence of an “unchaste life” is always heresy, Schneider argued. He detailed St. Maximilian Kolbe’s warnings about freemasonry’s incompatibility with Christianity and particularly Catholicism, because Kolbe said freemasonry seeks to “foster sordid lifestyles” and overcome Catholicism by destroying “all teaching about God,” especially Catholic teaching, and corrupting morals.

Schneider concluded: “In these our dark times of doctrinal confusion, with its deceitful flashes of relativism, naturalism, anthropocentrism — oftentimes covered under the mask of ‘dialogue,’ under the mask of ‘pastoral accompaniment,’ under the mask of ’surprises of the Holy Spirit’ — in these dark times of such phenomenon, let us often invoke Our Lady, Our Mother, with confidence and filial love: ‘Rejoice — Gaude — O Virgin, my Lady, for thou alone has destroyed all heresies in the whole world. Mother of God, intercede for us.’”

LifeSiteNews will present additional reports on Schneider’s trip the United States in the coming days.