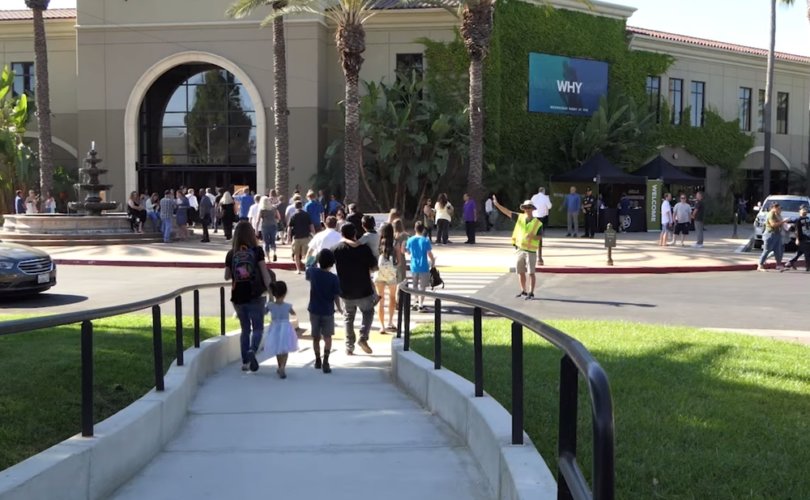 A month ago, Democratic Governor Gavin Newsom issued a dictatorial measure that essentially forced churches in the state to shut down altogether.

But Calvary Chapel Chino Hills refused to obey and kept its doors open.

The church’s associate pastor, Josh Blevins, said they’ve been getting positive responses from all over the world for their courageous decision.

“I really believe that people are searching for something that transcends the circumstances of their life, of culture, of even what’s going on in our nation, especially when things are being tossed to and fro with waves of difficulty and challenges. The very things people have been putting their lives’ hopes and dreams in are now disintegrating from underneath them.”

People want to look to the church for hope, he added.

Members of Calvary Chapel Chino Hills have signed a petition to “recall” Governor Newsom from office because of his pro-abortion, anti-religious liberty policies. In a “recall election,” voters remove an elected official from office through a direct vote before that official's term has ended.

One woman said he is “destroying” California. Another said he’s “acting a little more like a king than a governor.”

Gleason and Blevins re-iterated to LifeSite that the doors of their church will never close and that now is the time to get serious about prayer and fasting and to stand boldly for the truth and to not give in to a culture of fear.