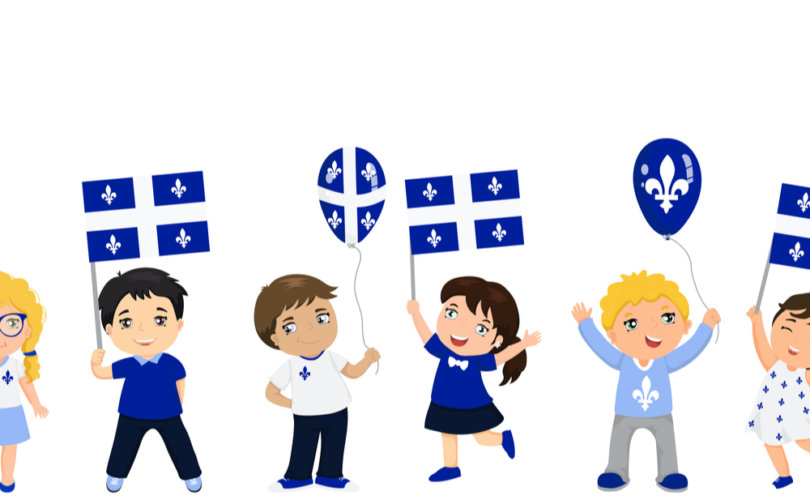 MONTREAL (LifeSiteNews) – A Quebec TV show has been accused of using children as propaganda tools, as it featured two of them advocating for forced vaccination and encouraging people to call the police on the unvaccinated.

The children, a boy and a girl, made the shocking comments on a Quebec TV show, La Semaine des 4 Julie, in a segment aired on January 18.

TV host Julie Snyder brought up the topic of COVID vaccines during a discussion on holidays and air travel. She enquired about the children’s vaccination status, to which they replied that they both received one dose.

Snyder then asked the children if they were in favor of mandatory vaccination to which they both gave a resounding “yes!”

“It’s like I’ve drilled them,” commented their teacher proudly.

The most shocking comments came when Snyder asked the children what should be done with people who don’t want to get vaccinated.

“We should call the police [on them],” the young boy replied. His response was met with approval from Snyder and other guests on the show.

The young girl argued that unvaccinated people “put a lot of people in danger.”

“We should do what the government is doing right now,” she said. “We should cut everything from them little by little until they cave and get vaccinated.”

The audience burst in thunderous applause at these comments, and Snyder even suggested that the children could pursue a career in politics.

“It looks like we have future politicians amongst us tonight,” she said enthusiastically.

The scandalous comments sparked much controversy in Quebec. Many made their shock and anger known on the Facebook page for La Semaine des 4 Julie.

Some accused the show of using children to spread government propaganda and excite feelings of hatred and discrimination against the unvaccinated. A petition was even launched to demand the show’s cancellation, which to date has gathered more than 39.000 signatures.

“Last Tuesday, I made a mistake asking children what their thoughts were on vaccination. I apologize to those of you who were offended by this. I’m truly sorry,” the post read.

La Semaine des 4 Julie already has a history when it comes to controversial comments made against unvaccinated people, as it was on that program that Canada’s Premier Justin Trudeau called unvaccinated people “racists,” “misogynists” and “extremists,” in a September interview last year.

The clip went viral on social media and has since attracted  strong criticism from politicians and citizens alike.

The provincial government of Quebec has also come under heavy criticism lately for its plan to impose a “health contribution” tax on its unvaccinated residents, with many opposing the measure and describing it as unethical and disturbing.