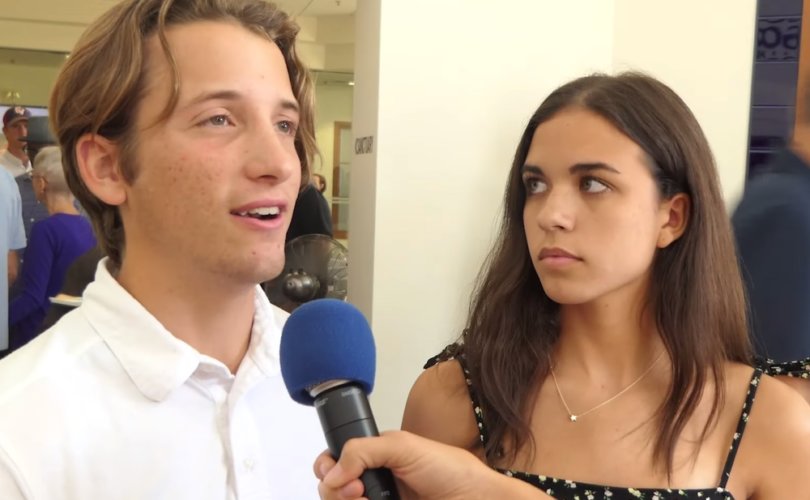 NEWBURY PARK, California, August 17, 2020 (LifeSiteNews) – Members of a megachurch in California have shared with LifeSiteNews why they are defying the government’s orders and still attending worship services – even after they were threatened with being cited.

Being able to go to church, Linda Hershman said, “is everything to me. You know, my faith is everything. If we don’t stand on something, we’re going to lose everything.”

“So the fact that Pastor Rob has taken such an amazing stand is just an encouragement to all of us Christians to do the same,” she continued.

In July, Democratic California Governor Gavin Newsom had forced churches across the Golden State to halt indoor worship services amid the coronavirus crisis. Pastor Rob McCoy of Godspeak Calvary Chapel, however, defied the governor’s orders, risking his freedom for his flock.

Another member of Godspeak Calvary Chapel, Bridget Mik, encouraged Christians to “come” to church. “It’s neat to be a part of something and to support our other Christians that are just really putting their life out there, like, they’re risking a lot and it’s kind of our job to stand by our brothers in Christ,” she told LifeSite’s Lisa Stover.

Mike Dunn said, “Look at eternity and where you will be spending it. And ask yourself, you know, okay, so I might go through a mild amount of suffering while I’m alive here, but the eternal benefits are worth it.”

Godspeak Calvary Chapel, courageously keeping open its doors, was able to welcome visitors and newcomers even after California first imposed restrictions on regular life back in March.

Edgar Castellanos had learned from a colleague at work that the church was still open, and decided to come. “I felt, like, pretty happy that there was a place open that I can actually go and worship,” he explained.

Another newcomer, Rick Prete, admitted he wasn’t “really going to church that much in the last year.” When he did feel the need to go to church, however, “it just turned everything around for us, so we were looking for a church to go to. And there really wasn’t a church to go to. The one that we were going to kind of closed.”

After a friend invited him to come to Godspeak Calvary Chapel, “we started coming, and we’ve been here for six weeks, and we love it.”

Ventura County, where the church is located, has a population of roughly 850,000. Just over 9,000 total cases were reported since the outbreak. Only 95 people died from the coronavirus, which is far less than one person per day. Still, worship services are officially prohibited.

Pastor McCoy told LifeSiteNews that the government’s prohibition of regular religious services is “an overreach.” He added, “If your doors are closed because you have a fear of man instead of a reverential fear of God, then you have to measure that and take a look at it.”

“The supervisors and the counselors and all the folks that run government, they’re actors performing a script,” according to the pastor. “If we're not going to push back, they'll take everything we surrender to them. And we really have to stand because I know how government works. Most pastors don’t. I do.”

The pastor of Harvest Rock Church in Pasadena, just an hour away from Godspeak Calvary Chapel, followed in Pastor Rob McCoy’s footsteps.

“We want to win souls, see people come to know Christ as their Lord and Savior, and that’s much more of a value for us,” Pastor Ché Ahn told LifeSite’s Lisa Stover.

Ahn explained to other pastors around California and the whole nation that there comes a time when they have to exercise their First Amendment rights. “I haven’t broken the law, but the governor has,” he emphasized.