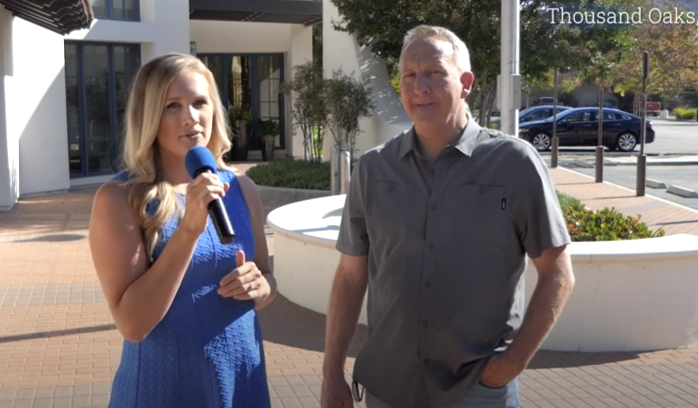 THOUSAND OAKS, California, August 14, 2020 (LifeSiteNews) — Churches across the state of California are being forced to halt indoor worship services thanks to a decree issued by liberal Democratic Governor Gavin Newsom. But one Christian pastor is defying the state’s orders and literally risking his freedom for his sheep.

Rob McCoy of Godspeak Calvary Chapel in Newbury Park told LifeSite correspondent Lisa Stover today that the “draconian” measures imposed by the state are “an overreach” and that he has no intention of closing his church.

“If your doors are closed because you have a fear of man instead of a reverential fear of God, then you have to measure that and take a look at it,” he said.

“The supervisors and the counselors and all the folks that run government, they’re actors performing a script,” McCoy continued. “If we're not going to push back, they'll take everything we surrender to them. And we really have to stand because I know how government works. Most pastors don’t. I do.”

McCoy had been serving on the Thousand Oaks City Council until April when he resigned over religious objections he had with the state’s coronavirus orders. “I cannot submit to the authority that declares the church to be nonessential” he said in a sermon at the time.

Earlier this week, a Ventura County judge ruled against county officials who wanted McCoy’s church to be closed out of fear keeping it open would “cause great and irreparable injury to the general public…including hospitalizations and deaths.” They also requested that he be held in contempt of court. McCoy told LifeSite that his contempt hearing will be held next week.

McCoy clarified that the county wanted to “beef up” their temporary restraining order placed on him and that they wanted “armed officers” to shut the church down but that the judge turned down both their requests.

Godspeak has been hosting in-door services since May 31st. The church has put in ionization machines, UV lights, and hand sanitizer dispensers as precautions to protect church-goers from the virus. “There's no social distancing, no masks,” McCoy said. And yet there’s been “no cases” of COVID-19.

Over the last few weeks, Godspeak has seen a massive uptick in attendance. Typically, the church hosts 400 people on Sundays.  At recent Sunday services, there have been over two thousand attendees. “The church has exploded in growth…we were in overflow…people just want to come to church,” McCoy said.

Other churches are stepping up to coordinate efforts as well, even as local politicians threaten to cut their electricity. Calvary Chapel Chino Hills, Grace Community Church, Cornerstone Church of Fresno, Destiny Christian Church of Rocklin, and Harvest Rock Church of Pasadena have all defied the governor’s orders. Some have switched to outdoor services.

“It is a big joke,” McCoy said of the state-mandated restrictions. “We know the data. Open up California now…open our businesses, open our schools. Let's move on with this.”

1
WATCH LIVE: LifeSite’s 25th Anniversary Gala – streaming now
2
Dr. Robert Malone: Endless mRNA jabs are in the works as the CDC and FDA play ‘hide the data’
3
Open letter to Elizabeth Warren: Why do you campaign so strongly for the murder of the unborn?
4
Prestigious Tennessee girls school now accepts any student who ‘identifies’ as female
5
World Economic Forum adviser claims the planet no longer needs the ‘vast majority’ of the population
Subscribe to Daily Headlines »