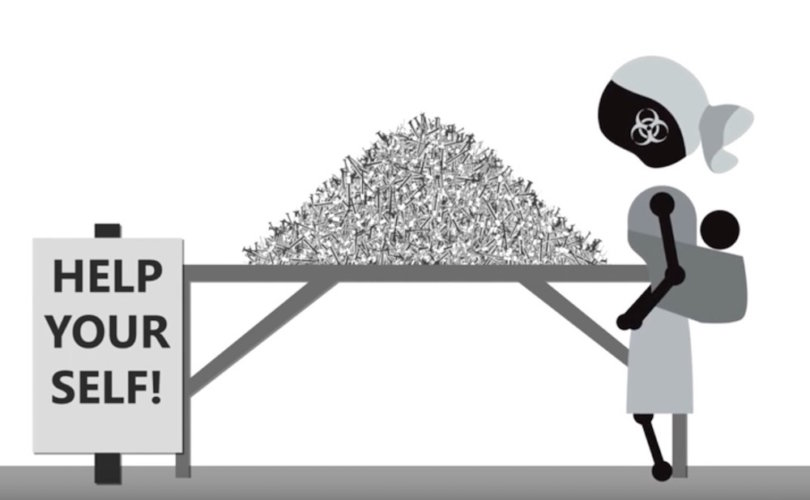 August 16, 2016 (LifeSiteNews) — Recent research indicates that women who use injectable contraceptives such as Depo-Provera might have a greater risk of contracting HIV, but the U.S. government continues to fund massive overseas shipments of the drugs to distribute primarily in African nations.

Several studies have established a correlation between Depo-Provera (also known as Depo), which is one of the more popular contraceptives used in Sub-Saharan Africa, and HIV transmission. The Population Research Institute (PRI) has posted a new video outlining the link between the two.

PRI revealed that a meta-analysis of data shows women who used Depo, which contains depot medroxyprogesterone acetate (DMPA), had an increased risk of contracting HIV through male-to-female intercourse of more than 40 percent than women not exposed to DMPA.

Nigeria has the second-highest number of people in the world living with HIV. In Kenya, HIV/AIDS is one of the five leading causes of death.

And yet the risk of HIV has not dissuaded the U.S. government from spending tens of millions of dollars each year to ship the contraceptive drugs to areas where HIV is widespread.

“It is unconscionable that USAID, UNFPA, and others continue to ship tens of millions of doses of this dangerous contraceptive every year to Sub-Saharan Africa and other areas suffering from the HIV epidemic,” PRI President Steven W. Mosher said. “Numerous observational studies now have found that Depo-Provera and other similar drugs could place women in harm’s way by vastly increasing the likelihood that they will contract HIV. American taxpayers are forced to shell out millions of dollars every year to fund injectable contraceptives like Depo-Provera in Sub-Saharan Africa. This blatant violation of women’s rights on the dime of American taxpayers must cease.”