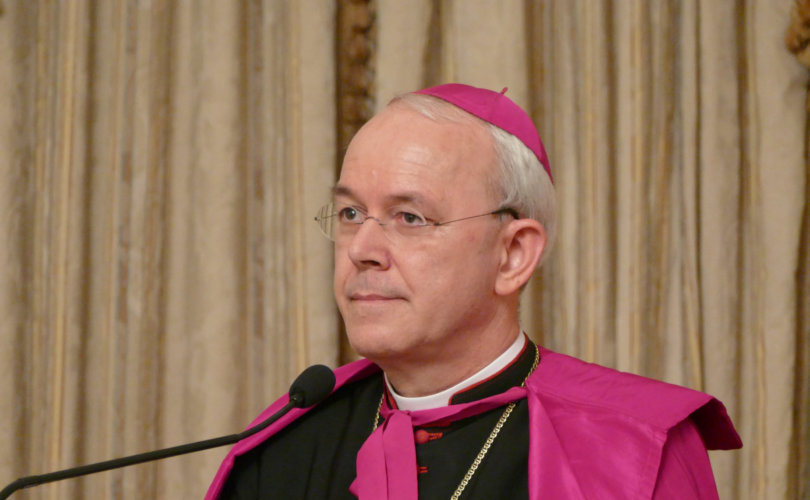 WASHINGTON, D.C., October 31, 2016 (LifeSiteNews) — Bishop Athanasius Schneider of Kazakhstan decried the “world of slavery” in which we live and proposed an alternative that can lift people out of this: “slavery” to the Blessed Virgin Mary rather than to sin.

“The results are before our eyes,” he continued. “What are the results? Despair, frustration, neurosis, violence, degradation. This is the prize of the sins, according to the words of St. Paul to the Epistle of the Romans, Chapter 6.”

Indeed, it is difficult to find any corner of modern culture that hasn’t been turned upside down or painfully damaged thanks to the sexual revolution.

Consecration of oneself to the Blessed Virgin Mary as her “slave” might seem harsh and scary, he said, but in reality it is freeing. Marian “slavery” is an ancient Catholic devotion in which individuals dedicate their lives to Jesus through his Blessed Mother.

“The chains which bind one to Mary as her servant and as her slave are in reality wings, according to [St.] Louis Grignion De Montfort,” he explained. “Wings. These chains are wings.”

Schneider also said Mary will crush the anti-Christ — the world’s denial of Jesus — which he called “the greatest heresy of all times.”