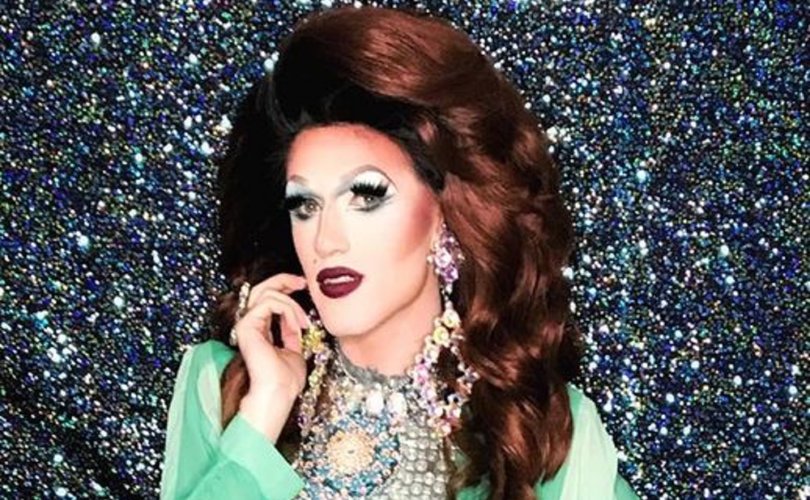 Dylan Pontiff, a drag queen who helped organize one of these story hour events for children as young as three at the Lafayette Public Library in early October, is shown in a video making that shocking admission to the Lafayette City-Parish Council in Louisiana during a Sept. 17 meeting.

Pontiff said that as a drag queen he has performed in shows for adults that he compared to an R-rated film. He argued that he should be able to have access to children because, as an adult, he knows how to “filter” himself and make his content PG-rated.

“I can go in and entertain adults in a club and also entertain a group of students and young children. I’m able to do that because I’m an adult and able to filter myself,” he said.

Citizens of that community in Louisiana shook their heads in bewilderment behind Pontiff as he made these comment.

“Unfortunately, the Drag Queen Story Hour program is turning public libraries into platforms to advance the transgender revolution, places where pro-homosexual activists are given access to children as young as three,” said John Ritchie, director of TFP Student Action, in an interview.

“Instead of protecting the precious innocence of our children with wholesome stories, libraries are misusing our tax-dollars to harm their innocence,” he said. “To attempt to dismantle and destroy the distinction between male and female is not only biologically ridiculous, but also a direct attack against God's plan for us and for the family.  Everyone who loves the family should wake up, pray and push back.”

The public meeting by the Lafayette City-Parish Council in September was to consider a motion to denounce the drag queen story hour proposed for the local library on October 6 as not being age-appropriate.

The motion, derided as “hateful” and “discriminatory” by its opponents, would not have been binding on the public library. But it never got that far. The majority of the Lafayette City-Parish Council declined to vote on it, effectively scuttling the motion.

Leslie Alexander, a member of the community, said that the library should not have approved the drag queen story hour event without consulting the public.

“This is not about tolerance or anti-bullying,” she told the Lafayette Daily Advertiser. “It is a direct and intentional effort to create gender confusion and doubt among very young children at the very time they need solid guidance and understanding. The intent is to plant a seed to make children more likely to question their sexuality or gender at a later age.”

According to Ritchie, the seeds of this indoctrination of young children in public libraries was sown when marriage was legally re-defined.

“When homosexual 'marriage' was legalized back in 2015, the naive told us not to worry because the decision would never affect us,” said Ritchie. “Marriage is just a word, they said. But for those who understand history, the redefinition of true marriage by the U.S. Supreme Court contained a string of ugly consequences.”

“What was unthinkable yesterday is tolerated today: Transgender drag performers are allowed to explicitly target children in public buildings,” he said.

A number of LGBT activists have highlighted in recent years that the movement’s goal is to “indoctrinate” children into accepting the normalcy of the LGBT agenda.

“I am here to tell you: All that time I said I wasn't indoctrinating anyone with my beliefs about gay and lesbian and bi and trans and queer people? That was a lie,” wrote Canadian gay activist Sason Bear Bergman, a woman who identifies as a transgender man, in a March 2015 piece titled “I Have Come to Indoctrinate Your Children Into My LGBTQ Agenda (And I'm Not a Bit Sorry).” Bergman holds nothing back, stating she wants to make children “like us” even if that “goes against the way you have interpreted the teachings of your religion.”

Homosexual activist Michael Swift wrote in 1987 in the Gay Community News that school children would become explicit targets for homosexual indoctrination. “We shall seduce them in your schools…They will be recast in our image. They will come to crave and adore us,” he wrote at the time.