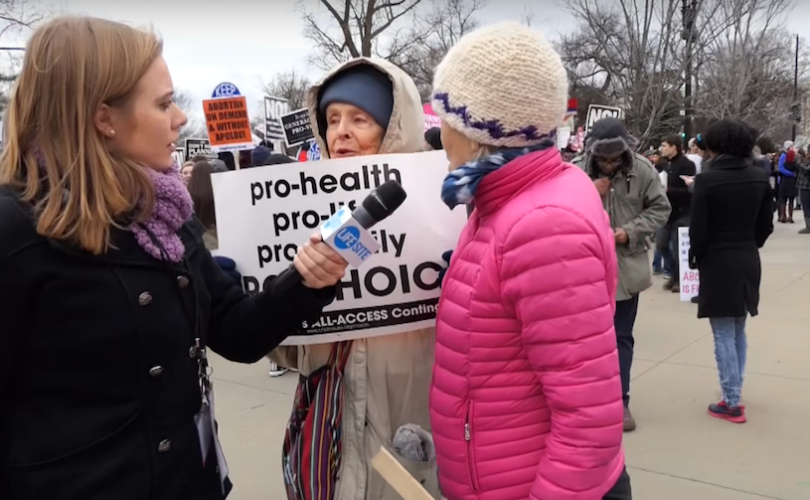 WASHINGTON, D.C., February 7, 2017 (LifeSiteNews) – Two elderly abortion supporters protesting the March for Life last month were confused as to why so many young people are pro-life, but they declined to say whether they support any restrictions on abortion.

The two women, Marian and Danielle, spoke with LifeSiteNews in a video interview.

“We’re here because we know that reproductive choice is essential for girls and women, that it makes a huge difference in their lives,” said Marian.

Asked whether they support any restrictions on abortion throughout all nine months of pregnancy, Marian responded, “I think that the decision needs to be made between the person who is pregnant and her doctor and her family. That’s what I believe.”

“It’s amazing that some, what, 40 or 50 years later, we’re still fighting for that freedom? After Roe vs. Wade and we’re still trying to keep that active? It’s just amazing,” Danielle responded.

“It’s not a good start in life” for a baby to be born unwanted, Danielle argued. She asked why an unwanted child should be “brought to life.”

Interestingly, the protesters used the word “child” and not “blob of cells” when making their arguments.