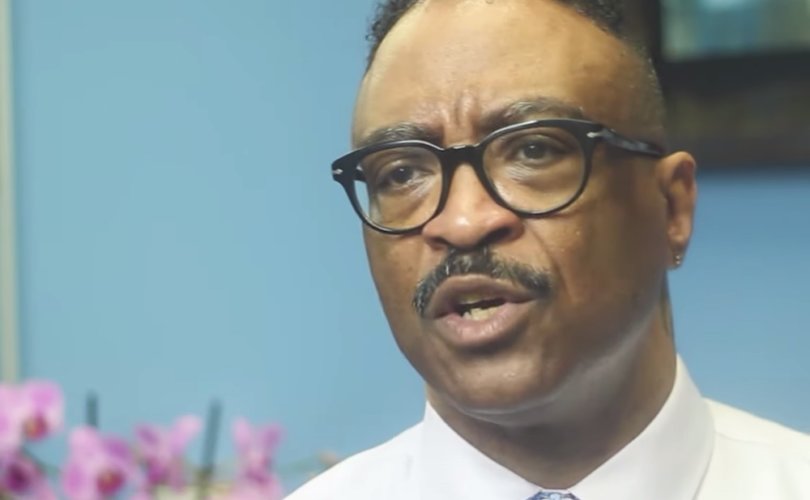 April 3, 2020 (LifeSiteNews) –  An ex-gay man, who formerly lived a life of homosexuality, drugs, and prostitution for 35 years, is calling on Canadian politicians to vote “No” to legislation that would ban “conversion therapy” designed to help LGBT people overcome unwanted sexual conditions.

“If this bill passes there will be many others like myself who have come to the end of themselves, who have recognized their pain, who are seeking freedom who will never be able to find freedom,” said Keith Alexander in a video message jointly produced by Campaign Life Coalition (CLC) and LifeSiteNews.

Alexander related how he was delivered 9 years ago from what he describes as a life of “homosexuality and same-sex attraction.” He said he began to experience same-sex tendencies at the age of eleven, after repeated abuse by a family member. The abuse drove him to live a life of prostitution and drug addiction.

Alexander related how in 2011 he delivered after “surrendering my life and asking Jesus into my life to be my Lord and Savior.” He noted how since his deliverance, his life has been filled with joy, and “has been the best nine years since my entire 57 years alive.”

His walk with Christ led him to live his life with “a community of believers who have nurtured me and supported me and I have also found a community of men who are willing to embrace me and show me what true love is all about.”

“No longer do I have to seek it; it’s just given to me and I am fulfilled and filled by it. It is the same love that Christ offers to all of those who seek him,” he said.

Any practice, treatment or service designed to change an individual’s sexual orientation or gender identity or to eliminate or reduce sexual attraction or sexual behavior between persons of the same sex. For greater certainty, this definition does not include a surgical sex change or any related service.

Bill C-8, now before the House of Commons and tabled by Justice Minister David Lametti on March 9, is more reaching than Bill S-202.

In his video testimony, Alexander, who has been freed from his same-sex attraction, in clear terms said that if legislation banning “conversion therapy” becomes law, it will be detrimental to those who want help.

“These bills are designed to prevent the ministry of the Gospel of Jesus Christ from freeing those who are captive, are being held captive from the unwanted same-sex attraction and confusion of gender identity, which has plagued our youth and members of society today,” said Alexander.

“If this bill were passed, I would not have had the opportunity to be free today. I am free today.”

“Members of Parliament and Senators, please say no to Bills C-8 and S-202,” pleaded Alexander.

Jack Fonseca, director of political operations for CLC told LifeSiteNews that the story of Alexander is something that the mainstream media does not want people to hear.

“The dishonest media has been trotting out gay activist after gay activist and giving them a platform to claim that they were tortured by counselling for their unwanted same-sex attraction or gender confusion,” said Fonseca.

“The media accepts these stories uncritically, without any fact-checking whatsoever to verify if they’re even true,” he added.

Fonseca said that in regards to conversion stories such as Alexander’s, the media “would have you believe he doesn’t exist either,” adding that they have been “spoon-feeding only one side of the story to the Canadian public,” regarding the stories of “de-transitioned transgenders and ex-gays.”

CLC decided to specifically show these types of healing testimonies directly to the public and politicians.  Alexander’s story is the third video in a series designed to speak to “our elected officials and the Canadian public so that they can hear the other side of the story,” said Fonseca.

“Our goal with this video series is to bypass the biased media who refuse to tell the stories of people who benefitted from therapy or counseling to overcome unwanted same-sex attraction and gender confusion.  The fake news liberal media will not tell the other side of the story on “conversion therapy”, so we’re taking it straight to the legislators and the Canadian public”.

The first video released to combat the lies surrounding “conversion therapy” featured a Canadian man who had hormone injections and surgery to live like a woman for 18 years. In his video, Robert John Wenman asks Canada’s politicians to not ban counseling that he says saved his life.

The case of KathyGrace Duncan shows that banning faith-based help could be detrimental in assisting those who want to overcome unwanted same-sex attractions.

Duncan lived life as a “man” for 11 years before Christ’s healing power saved her. A recent LifeSiteNews video highlights her journey, as well as her plea, like Alexander’s, with Canadian senators to stop legislation that would ban the types of therapy that helped heal her.