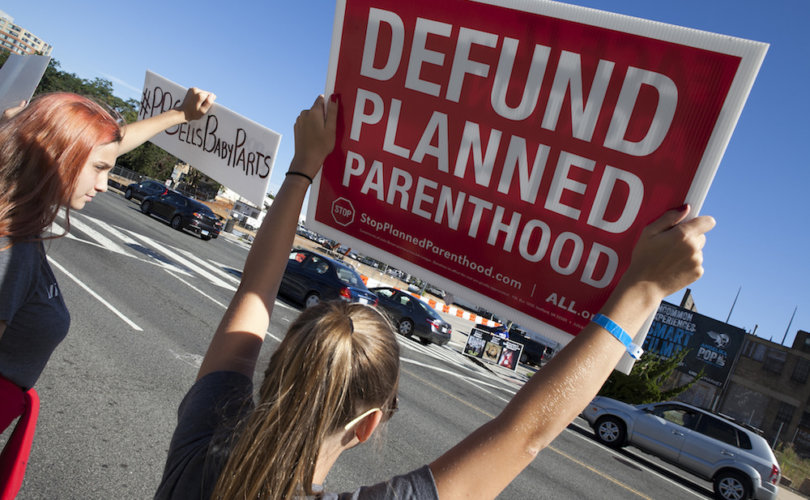 In a video interview with LifeSiteNews, Pavone said that plans to enact all three measures are underway.

Funding for Planned Parenthood, America's largest abortion provider, “flows in many different streams,” Pavone said. “It’s not just one spigot that you turn on and off. It’s not that simple. But we can hope that a good 80% of the money they get from taxpayers will no longer go to them…It will go to women’s health – but it’ll go to women’s health agencies that don’t kill babies.”

Pavone said he's “confident” that the Pain-Capable Unborn Child Protection Act will pass Congress and be signed by Trump, which would be a “big, big, big step forward.”

Signing the Pain-Capable Unborn Child Protection Act was one of four promises Trump made to the pro-life movement. Another was the repeal of the Johnson Amendment, which threatens churches with the loss of their tax-exempt statuses if they engage in certain forms of political speech.

Pavone said pro-lifers can also anticipate a potential dismemberment abortion ban and legislation protecting the conscience rights of medical professionals who don't want to be forced to participate in abortion.

On Friday, Rep. Steve King, R-IA, introduced a bill banning abortions after a baby's heartbeat can be detected.

Faced with pro-life control of all three branches of government, the abortion lobby has gone into full panic mode, warning their supporters that Trump's pick for Secretary of Health and Human Services, Rep. Tom Price, R-GA, is a “direct threat” to them.