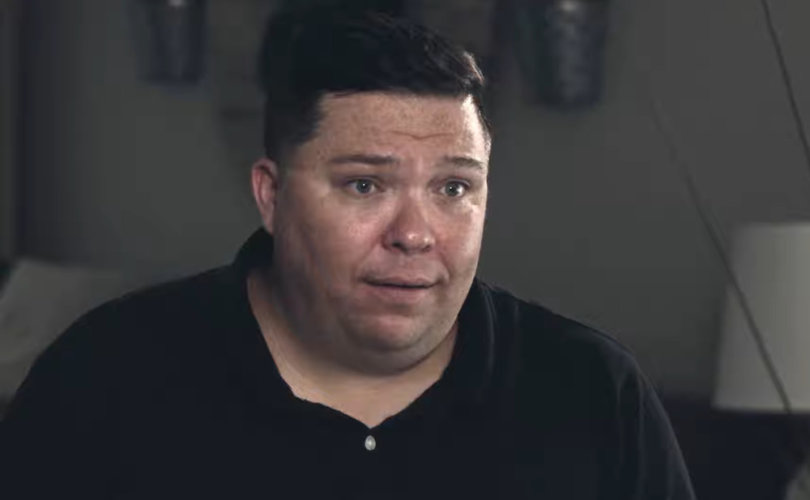 DALLAS, Texas, February 10, 2021 (LifeSiteNews) — A former transsexual drag queen — who has risen to be one of the nation’s most outspoken critics against Drag Queen Story Times in public libraries, pediatric gender transitioning, and the so-called ‘Equality Act’ — reveals that the Republican Party is ‘canceling’ conservatives like him in order to virtue signal to gays and to the political Left.

Kevin Whitt was unceremoniously fired from his job as a field organizer for the Texas GOP after he posted a video on Instagram which showed that he had been present outside the U.S. Capitol on January 6. Whitt did not enter the Capitol, he simply captured on video what was going on outside the building.

His experience closely resembles that of Fr. Mark Hodges, an Orthodox priest who was likewise suspended from his position for having attended the same rally.

Local and national news media, from the Associated Press (AP) to Newsweek to U.S. News & World Report, quickly picked up on the story — which demonstrates what Whitt refers to as the Republican Party’s willingness to “cancel conservatives.”

In a new video interview with LifeSiteNews’ Jim Hale, Whitt explained that he has been a target of the growing coalition of homosexuals within the Republican Party — known as the Log Cabin Republicans — because he has testified against their presence several times over the last three years, asserting that the GOP “is not a party of identity politics like the Left is.”

“For sharing that, and for going against the Log Cabin Republicans, but also for sharing my testimony in general, I’ve already been canceled by the left so many times … But I never in a million years thought I would be canceled by conservatives, by my own party, where I have voted Republican. I was even working for the Republican Party of Texas as a staffer. I was a field organizer.”

“We shatter that LGBT activist narrative that is ‘people are just born gay,’ and that is just not true,” he said. “The Republican Party is virtue-signaling.”

Whitt pointed out that many of the MAGA rallies which were held last fall in support of President Trump were sponsored and headlined by homosexual Trump supporters, including Drag Queen ‘Lady MAGA,’ Scott Pressler, and Brandon Straka, founder of the Walk Away Movement.

“Do you think one time within the MAGA movement they ever asked a former homosexual — and there are quite a few of us — to come and speak on any of those stages?” asked Whitt. “No, they did not.”

He explained “they know that if they asked one of us to come speak, it would shatter their narrative and it [might make Republicans] look homophobic, bigoted, or whatever.”

“But as conservatives, as a group of people that say that they’re Christian,” Whitt said, “they should be platforming former homosexuals, former transexuals, former drag queens.”

“One of the organizers for the Jericho March was an openly gay man,” noted Whitt, shaking his head in disbelief. “All of this is to say that the Republican movement is participating in ‘cancel culture’ and they are trying to virtue signal to the left, and it’s really, really, really sad.”

What does the future hold now that he’s been axed by the Republican Party? Whitt remains resolute in his mission.

“Right now we are in the legislative session in Texas. I will continue pushing forward with pro-family activism and trying to get bills passed to criminalize pediatric gender transitioning.”

Whitt said there are many clinics in Texas that specialize in pediatric gender transitioning, “so my goal is to get them all shut down, because they are nothing more than child abuse clinics.”

After he’s done ridding his home state of what he calls “legal child abuse clinics,” Whitt plans to direct his attention to accomplishing the same in other states via legislative remedies.

Kevin Whitt is launching a new podcast series titled,”Canceled in America,” drawing attention to the growing cancel culture within the GOP.