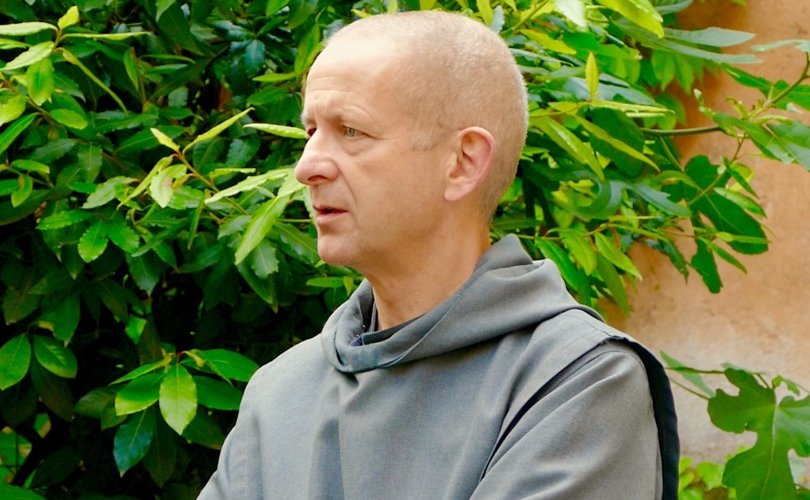 ROME, June 9, 2016 (LifeSiteNews) — The true meaning of mercy is revealed in this powerful story about a young woman who was plagued for years by nightmares after having an abortion. It was only after meeting a truthful priest that she learned the meaning behind her troubling dreams.

Shortly after his ordination many years ago, Fr. Elias Leyds, from the Congregation of St. John in the Netherlands, was approached by a beautiful and lively woman in her early twenties who was interested in learning more about the Catholic faith. He gave her a Catechism and told her to read through it and come back for a discussion in three weeks.

When the woman returned at the appointed time, she immediately opened up the Catechism, put her finger beneath one word, and, without venturing to pronounce it, asked the priest, “Tell me what this means.”

The word was “abortion.”

Fr. Elias responded: “Oh, that word. Well, it is a kind of murder.”

He noticed the girl’s face becoming flushed and sensed that she was experiencing something deeply painful.

But he pressed on, knowing that only the truth has the power to set one free: “It is sometimes very complicated to see who is really guilty and responsible for it. But the act itself is murder. It is killing someone,” he said.

The priest noticed the girl’s face becoming even more flushed.

He continued: “Of course, there are parents who might push their child into having an abortion, there are politicians who have voted for the legalization, and for the girl herself, the sin might not even be [murder] if she was forced into it.”

The priest noticed that the girl was visibly struggling to control her emotions. He wanted to somehow make it easier for her to process whatever it was that she was experiencing.

“Listen, if this is a hard truth for you, don't worry. We can end our discussion now and you can come back in the next three weeks, and we can continue,” he said to her.

One week later he received a phone call. It was the young woman. She still planned on returning in two weeks time, but she wanted to thank him for something right away.

The priest was surprised. What could she possibly thank him for?

Reflecting on what the girl told him convinced Fr. Elias many years ago that true mercy means telling people what some consider to be hard truths and naming sins for what they are. In this way, he says, they can begin to find healing. He believes that real mercy means speaking the truth in charity.

“It was not me who liberated this girl, but it was really only the simple, stark, and clear truth. And if she thanks me, I have to thank the Church for being so clear about such simple, fundamental matters,” he said.

Fr. Elias said that the real scandal in this story is not the abortion, but the fact that the girl told him that he was the first priest to tell her that abortion is murder.

“That is outrageous,” he said.

Fr. Elias said that priests should never be afraid to speak the truth to everyone they encounter so that by hearing the truth they might be given the chance to become free from the bondage of sin by living in the truth.

When priests speak the truth in love, especially truths that might be labeled today as politically incorrect, they are not speaking on their own behalf, Fr. Elias said, but on the behalf of God the Father. And God the Father will make priests “really strong” to reach mercifully into hearts of darkness to bring the divine light of life and happiness.

“This is the challenge for priests today, just talking clearly, straightforwardly and not being scared of the other. Souls are craving for that,” he said. “You see, if mercy stops at your fear, it is not really mercy. If you want to test your mercy, go where it is scary to go. That is a nice test whether your mercy is real…That is the final fatherly test of your mercy.”