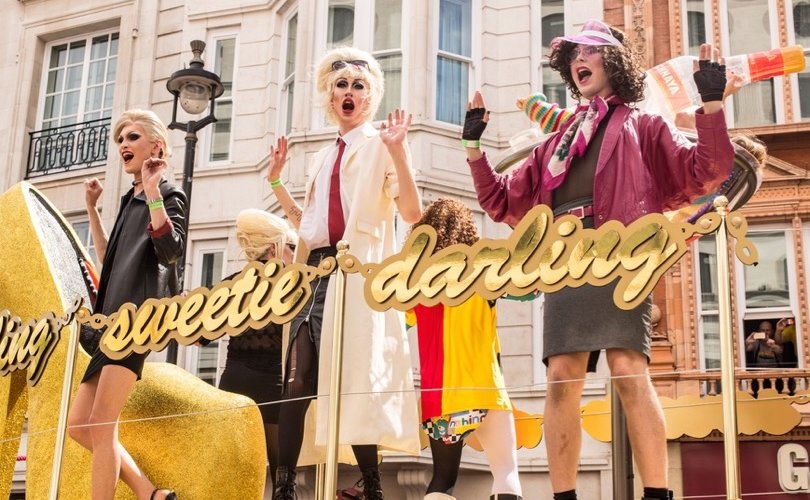 AUCKLAND, New Zealand, October 5, 2016 (LifeSiteNews) — An influential and well-known sociologist and expert on gender ideology says that the Catholic Church should deal with people who identify as “transgender” not by affirming their “physiological disturbance” and preferred “identity,” but by accompanying them on a path that leads to healing and wholeness.

“If people have these problems — which is very unfortunate and [they] need our compassion and help of any kind — [the Church must] not affirm them in their physiological disturbance, but tell them what their true identity is,” said Gabriele Kuby, German sociologist and author of The Global Sexual Revolution, to LifeSiteNews in an exclusive video interview filmed in Auckland, New Zealand.

Last weekend while on a return flight from Georgia, Pope Francis stated that the Church must “accompany” transgendered people, using an example that suggested he considers one way of doing this is to affirm the results of a so-called sex-change surgery. Relating his experience of a biological woman who ‘transitioned’ to male and then ‘married’ another female, Francis chose to use the pronouns “he” and “his” to refer to the woman who underwent the surgery.

“I spent time accompanying this man. Then (the man) got married, he changed his civil identity, got married and wrote me a letter saying that for him it would be a consolation to come with his wife, he who was ‘she,’ but [is now] ‘him!’ I received them: they were happy,” the pope said.

While Pope Francis has previously condemned gender theory as “an error of the human mind,” pointing out how it is a form of “ideological colonization” that is especially harmful to children and families, his recent remarks indicate an openness to accept an adult decision to ‘transition’ to the opposite sex.

Using Cartesian dualism — which holds that man is like a “ghost in a machine” —  as a springboard, transgender ideology holds that some people are “born” in the wrong body. Hormones and body-altering surgery are justified as appropriate means to transform a person’s body to correspond with one’s perceived gender.

The Catechism of the Catholic Church teaches, however, that the union of body and soul is “so profound” that one's biology as either male and female “forms a single nature” with one’s soul, making it impossible for one to exist in the ‘wrong’ body and therefore impossible to change one’s sex.

A recent groundbreaking review of studies regarding gender and sexuality put out by Dr. Lawrence S. Mayer and Dr. Paul R. McHugh found that the “hypothesis that gender identity is an innate, fixed property of human beings that is independent of biological sex — that a person might be ‘a man trapped in a woman’s body’ or ‘a woman trapped in a man’s body’ — is not supported by scientific evidence.”

Kuby said that people who struggle with accepting their biological sex suffer a “very severe and very painful physiological disturbance” and should be helped to reconcile their identity with their biological sex. She stressed that the Church must never cease to “proclaim the truth with love” that God creates human beings as male and female.

For Kuby, to truly accompany people struggling to come to grips with their sexuality means listening to their suffering and then offering them a path of healing that leads to wholeness, to accepting the sex they were born with. Catholic psychiatrist Dr. Rick Fitzgibbons outlined such a path in a story about a married man who wanted to undergo surgery to look like a woman. The story appeared in his 2005 article titled “The Desire For a Sex Change.”

In one case a Catholic, married man who had several children wanted to become female. He had completed electrolysis to remove facial hair and was on hormone treatment. As a child he had been unable to model after his angry father, aggressive older brothers, or hostile boys in the neighborhood. He viewed men as angry, violent, dark people with whom he could not identify. Instead, he had escaped from what he perceived as the unsafe world of men, into a fantasy female world where he felt safe. As he matured, these fantasies diminished and he married and had children. However, at a certain point in his career he found himself in an extremely stressful situation both at work and at home, and his original fantasy about being more safe as a female reemerged.

In his therapeutic treatment, he came to understand the origins of his inability identify with his masculinity. Then he worked on forgiving the men and boys who had hurt him in his childhood and in his adolescence, especially his father and his brothers. In working with a spiritual director, he slowly came to experience God as loving father who could protect him, and to develop a relationship with St. Joseph as a role model of male love. A major goal of treatment was to help him see his own masculinity as a positive gift from God.

Fitzgibbons told LifeSiteNews that the Pope’s remarks will only harm his patients struggling with their sexual identity.

“Such ambivalence harms my young patients with these conflicts by creating confusion. In fact, transsexual attractions resolve in the majority of adolescents.  The Holy Father lacks knowledge of psychological science in this area,” he said.