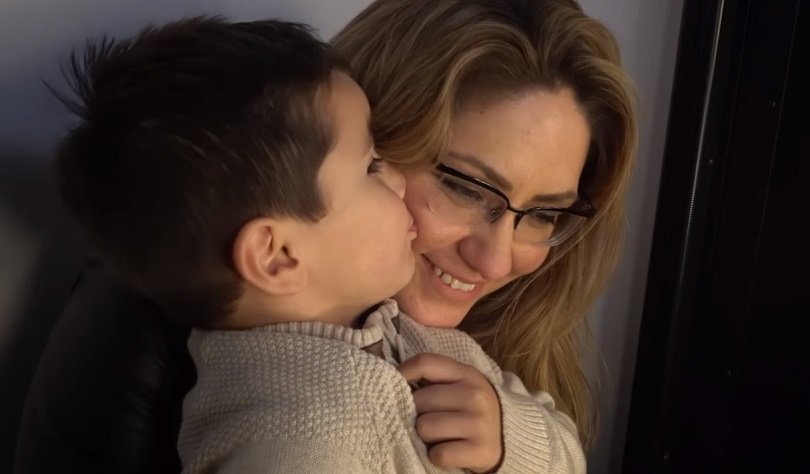 HOLLYWOOD, May 12, 2016 (LifeSiteNews) – Vanessa was 21, when doctors told her she would likely be infertile. A depression set in, and the West Coast native said she threw herself into the Hollywood night club scene, dancing, partying, and sleeping around without fear of pregnancy.

That all ended the day a pregnancy test came back positive.

“I wasn't married. I wasn't even in a committed relationship,” she said. She feared rejection from her friends and family, and especially the church.

Stunned and afraid, she reached out to the father, an emotionally distant near-stranger whom she thought she loved.

“My son's father wanted me to abort,” she said, and his brother began bombarding her with demeaning text messages that drove her to the point of suicide – an option he had suggested.

“The world makes you think that it loves you, but when you no longer do what it tells you to do, it spits you out, and you're left completely alone,” she said.

Alarmed by her new frame of mind, Vanessa's brother invited her to come to the beach, walking the pier in Santa Monica. Seemingly by chance, they met a group of people who “were witnessing [and] preaching the Gospel of salvation.”

Vanessa remained weary, but they greeted her with joy, prayed for the two them, and then gave them a DVD of the film “180.”

The 33-minute-long film, produced by evangelical Christian Ray Comfort of Living Waters Publications, is a series of man-on-the-street interviews featuring a carefully selected series of questions about the value of human life.

By the end of the film, even die-hard supporters of abortion-on-demand changed their minds on whether it is permissible to kill a child in the womb.

One of the minds the film changed was Vanessa's.

“I watched it, and I just started bawling my eyes out,” she said.

She had not mentioned she was pregnant. “How would they even know to give me this?”

“I just started thinking about the baby,” she said – a word she had not used to describe her child until that point. “The movie helped me put a face to the baby that was growing inside of me.”

She refused to have an abortion and made another life-changing decision: She embraced her faith once again.

“All of the fears that I had that the church was going to ostracize me or condemn me or judge me” melted away, as her “church family,” as she called them, became “so supportive. They threw me a baby shower.”

Now, her life revolves around her four-year-old son and her work in a nonprofit, helping other young people.

Her new life, as a mother and a child of God, gives her joy and meaning. “It's a season of restoration for me,” she said.

The full, half-hour video of '180' is available on YouTube, where it has been seen by more than five million viewers.

The power-packed message of this viral video, which racked up more than 1.7 million views in 22 days, has saved many unborn babies' lives like David's.

“After seeing this video, I made the solid decision to proceed and keep my baby,” one viewer wrote.

Another, apparently engaged in sidewalk counseling, said the video had saved two lives. “Two young ladies watched the '180' DVD all the way through,” the viewer wrote in an e-mail. “One was four months pregnant, the other was three. They were both going there for an abortion; they were both in tears, hugged my neck, and decided to give their babies life and choose adoption instead.”

Comfort's short film has won praise from leading evangelicals, including Dr. James Dobson who said he was “deeply moved by it.”

“This is powerful stuff,” he said.

Comfort hopes his film will have a greater impact by affecting not just lives, but law. “This is an election year and we were concerned that abortion was going to get a back seat,” he said this week, “so we have re-released '180' with a new website to draw attention, asking people to watch it before they vote.”

However, the video's greatest impact may not be measured by any event in this world, Vanessa said, but in the spiritual solace it brought to her as she rededicated her life to her savior, Jesus Christ.

“I was just very much on a quest to just find an exit,” she said, “and I did find an exit. His Name is Jesus.”