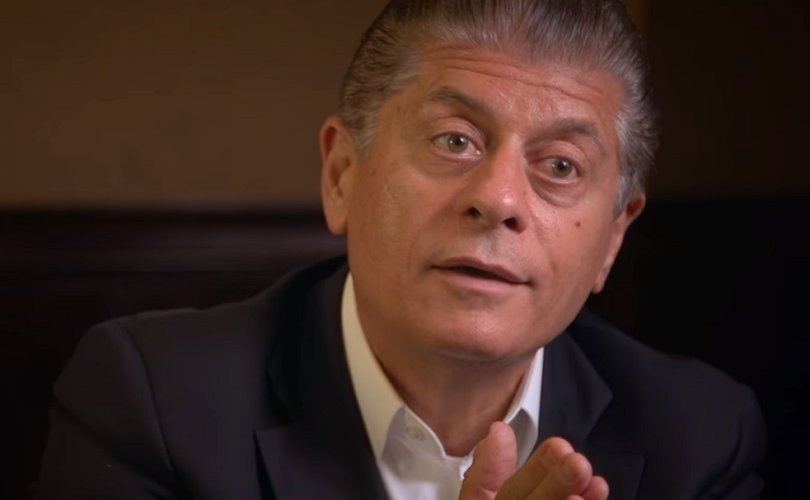 WASHINGTON, D.C., August 10, 2016 (LifeSiteNews) – Judge Andrew Napolitano says he supports the right to life based on both his “traditionalist Roman Catholic” views and a strict constructionist view of the U.S. Constitution.

Judge Napolitano said in a 33-minute-long interview with Reason magazine’s editor-in-chief, Nick Gillespie, that he views himself as a “traditionalist Roman Catholic.”

He said he is “pleasantly surprised” at the number of small-government constitutionalists who have come to share his traditional religious views.

However, he said biology and the Founding Fathers’ jurisprudence demand that all levels of government protect life from the moment of conception.

“The Supreme Court’s abortion jurisprudence is such a horrific hodgepodge,” Judge Napolitano said.

Sandra Day O’Connor’s “infamous” assertion that abortion is a constitutional right upon which states may not impose an “undue burden” is without support in the Constitution.

“She just made that up out of whole cloth,” he said. “It’s not used in any other area of human behavior.”

He called legal scholars’ pro-abortion reasoning “nothing but a political canard intended to please the Left, who want to have sex without responsibility – without the natural consequences of it.”

“There is no moral justification for killing a child in the womb,” he said.

Gillespie, who supports abortion-on-demand, pushed back, asking, “When does the clump of cells become a child or is accorded personhood as a legal concept? Is it from the moment of conception?”

“The protection of the law is required from the moment of conception,” Judge Napolitano replied, citing the child’s DNA and unique individuality.

Judge Napolitano, who sometimes describes his views as libertarian, said he bases his views not just on religious dogma but scientifically observable phenomena and sound legal scholarship.

“My opposition to abortion is not only because of Church teaching but also because of a rational examination of the baby growing in the womb and a belief in the non-aggression principle,” a cornerstone of small-government doctrine, which holds that it is wrong to initiate force against an innocent party.

While he supports the principle of subsidiarity, the Thomist notion that all government should be carried out by the lowest level of government possible because it is closest to the people, he would favor the federal government’s intervention in state affairs in order to protect life.

“If the states were to look the other way while butchers destroyed babies in the womb and the federal government didn’t do anything about it, it would be violating its obligation under the Fifth Amendment to make sure that life, liberty, and property are not taken without due process.”

The exchange begins approximately 24 minutes into the interview.

Why libertarians should be pro-life