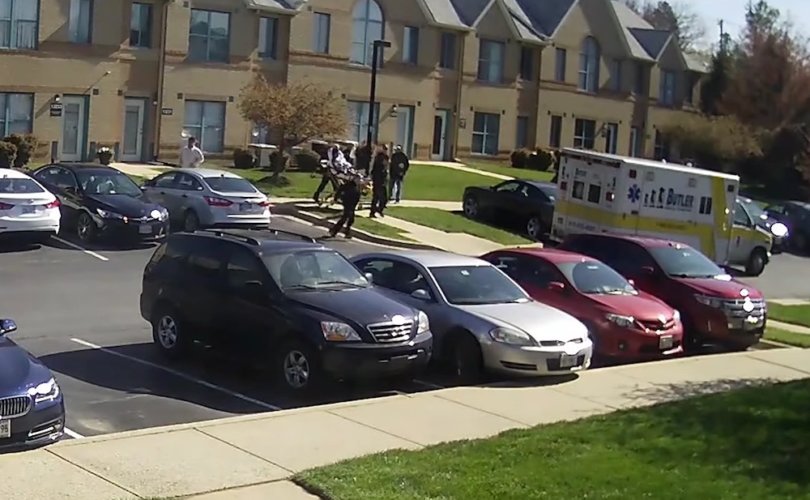 GERMANTOWN, Maryland, March 31, 2016 (LifeSiteNews) — A fifth patient in five months has been evacuated from late-term abortionist Leroy Carhart's abortion facilities, according to video and an eyewitness account from pro-life advocates.

In a video recorded by Germantown Pregnancy Choices (GPC), a woman was evacuated on Wednesday, March 30 — the fourth from that clinic since December. An eyewitness told LifeSiteNews that she observed the patient previously entering Carhart's clinic on Easter Sunday.

One patient was evacuated earlier this year from Carhart's Nebraska clinic.

In a press release, GPC said exhaustion may be part of the reason Carhart's patients are being so frequently sent to hospitals in recent weeks. Pro-life advocates in both Nebraska and Germantown have observed Carhart's schedule in recent days, which includes working long hours on many of the seven day per week he conducts abortions at his clinics in both states.

GPC has called upon the Maryland Board of Physicians “to revoke LeRoy Carhart’s medical license immediately, and not consider renewing it this fall.” A spokesperson in the Board's investigative office told LifeSiteNews that any requests for investigations or license non-renewal would have to be submitted in writing.

The patient is the second evacuated from the Germantown abortuary in 10 days. Last week, pro-life eyewitnesses said an underage girl was transported to a local hospital by emergency vehicles.

Carhart is perhaps most infamous for, in addition to his late-term abortion career, killing 29-year old Jennifer Morbelli. Morbelli had gone to Carhart to end a 33-week pregnancy; her 2013 death resulted in an investigation of Carhart's practice.

The latest evacuation makes eight from Carhart's Germantown clinic since it opened in 2010.