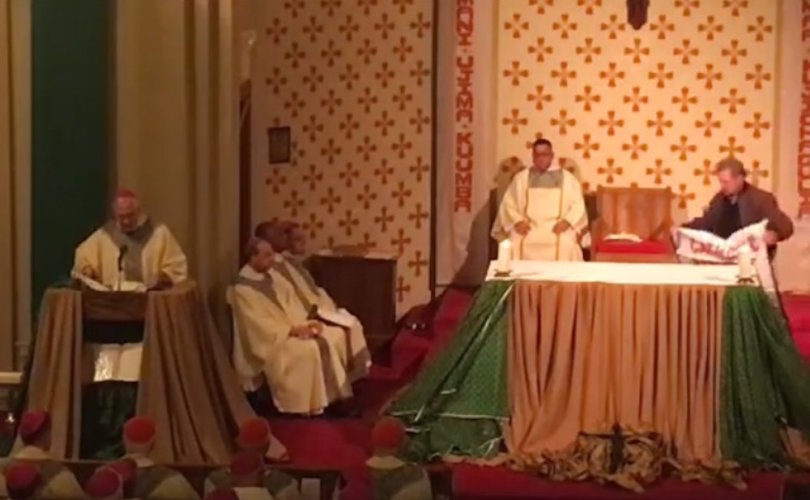 BALTIMORE, Maryland, November 14, 2016 (LifeSiteNews) – An excommunicated Catholic priest and LGBT activist stormed the altar during the homily at a U.S. bishops' Mass on Monday evening to protest Church doctrine on homosexuality.

Video from the Archdiocese of Baltimore shows the man entering the sanctuary and kissing the altar–something a priest does at the beginning of Mass–and then unfurling a sign. The sign's full message is not clear in the video, which then turned away from the protester. An observer tweeted that the sign asked the Catholic Church to “stop persecuting gays.”

According to Vatican observer Rocco Palmo, it was ex-Maryknoll priest Father Roy Bourgeois. Bourgeois was laicized in 2012 for participating in a women's “ordination” ceremony. Bourgeois was escorted out.

Incident occurs with about 45:00 remaining here: