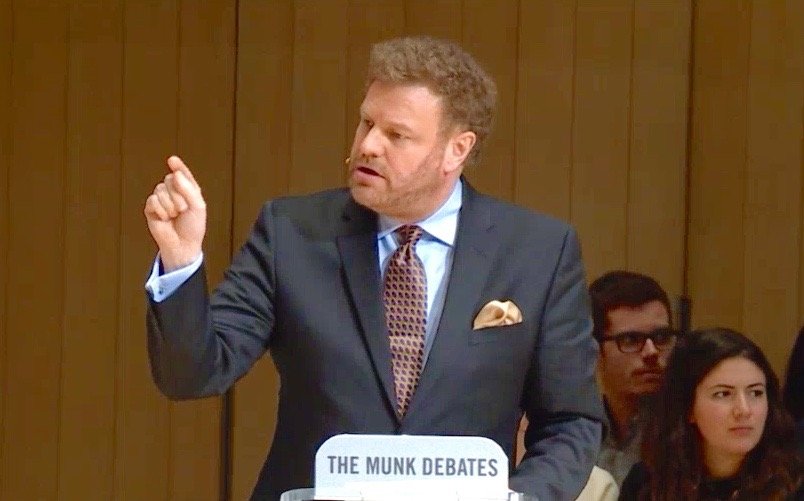 TORONTO, April 8, 2016 (LifeSiteNews) — When historian Simon Schama made the audience at a public debate about refugees roar with laughter after he accused journalist Mark Steyn of being “obsessed with sex,” he had no idea what awaited him.

Schama was attempting to ridicule Steyn’s concern about the recent skyrocketing rates of sexual assault and rapes in European countries with all-embracing refugee policies. But he set the stage for a comeback that one commentator in the audience said changed the entire outcome of the debate.

Steyn continued that when children as young as three are getting raped by refugees, it has nothing to do with “sex,” but everything to do with using “power” to dominate others.

“We’re not talking about the kind of sex I want to have – I ain’t into three year old girls,” Steyn said before listing numerous examples of hideous sexual crimes against children by migrants in Germany over a 10 day period last January.

“These are all rapes — gang rapes — in public places: Trains, streets, parks, and even City Hall. I congratulate you on getting big laughs with that Simon… because if I had known that, I’d be doing open mic night on gang rape at a comedy club,” Steyn said.

“It isn't funny. And it gets to the heart of the [refugee] question,” he added.

National Post commentator Barbara Kay — who was present at the debate — noted how Steyn’s response seemed to be the tipping point that shifted the audience’s opinion (as marked by audience polls) away from an open-armed policy on immigration.

“[Steyn] made it clear that the majority of people streaming into and across the [European] continent are not traditional refugees at all, but male economic migrants, mostly not from war-torn Syria. He…painted a grim picture of the impact that culturally sanctioned aggression is having on communities exposed to critical numbers of migrants, particularly on women and young girls — Steyn cited actual disturbing cases — who are bearing the brunt of the radiating anarchic dynamic inherent in the circumstances,” Kay wrote in an article.

Kay said that Schama “disgraced himself” with his ad hominem attack against Styne.

“I took one look at Steyn’s glowering face after that remark — Schama will regret having said it to his dying day, I know it — and I kind of felt sorry for those two liberals, because I knew what was coming,” she wrote.