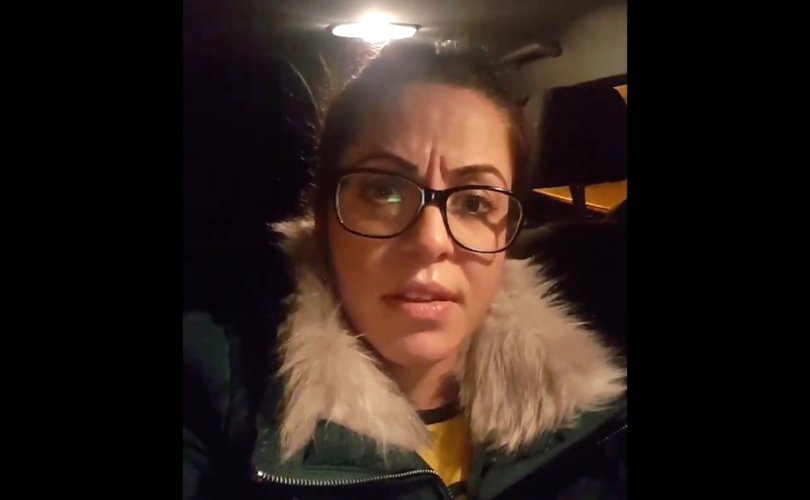 DUBLIN, December 4, 2018 (LifeSiteNews) – An Irish woman who had an abortion 13 years ago has created a video that has gone viral in which she slams an Irish politician for labeling abortion regret as a “makey-uppy thing.”

Patricia Gaughran, mother of three living children, turned to Facebook last Friday to record her disgust with Irish TD (member of the Irish Parliament, or Dáil) Lisa Chambers for claiming women do not regret abortion.

On Thursday, November 29, pro-life TDs Carol Nolan and Peadar Tóibín pleaded for an amendment to the proposed new law that would ensure abortion-minded mothers have access to ultrasounds. “We represent citizens who have told us they have experienced abortion regret,” said Tóibín.

“Abortion regret is a makey-uppy thing, and it does not exist,” retorted Chambers.

“The ultrasound is useful for establishing the gestational age of the unborn child, which is necessary, and the woman will be asked whether she wants to see it,” Tóibín argued. “It is included in the amendment because abortion regret is a significant issue.”

“No, it is not,” chimed in pro-abortion TD Kate O’Connell. “It is nothing.”

Filming from inside her car so that her surviving children wouldn’t hear her, Gaughran gave Lisa Chambers an earful:

“I’m absolutely disgusted and so angry that you can dismiss women like me and thousands of other women out there who have suffered with depression, with anxiety, from suicide, drink, drugs, hospital stays–like me,” she said. “I have suffered. I’ve been in hospital after my abortion twice from trying to end my own life because I couldn’t live without my child.”

“You do not understand what abortion does to a woman,” she said. Gaughran demanded that the politician go and “educate” herself and offer an apology to post-abortive mothers who have suffered from the choice they made.

Gaughran’s video has been seen over 46,500 times as of this writing.

The politician claimed that she had been responding to a suggestion that “abortion regret is an accepted medical condition and her intention was to highlight that it’s not a medical term.”

However, Uí Bhriain said that a review of the Dáil record shows that this is untrue: nobody had suggested that it was.

“We looked at the transcript of the Dáil debate for the day, and at no stage in the debate did any TD say that abortion regret was a medical condition or a medical term,” she said in a press release. “Lisa Chambers is simply trying to excuse her appalling remarks, but she is not being truthful in her claim, and she should be challenged by the media on this.”

“It's worth looking at what was actually said in the debate, because it reveals the mindset of both Deputy Chambers and of Deputy Kate O'Connell, and their callous disregard for women who regret abortion and do not suit their abortion narrative,” she added.

The pro-life campaigner also called for Chambers and O’Connell to apologize.

“Both Lisa Chambers and Kate O'Connell should apologise for their appalling remarks and their attempts to dismiss and silence the many thousands of women who have suffered regret, anxiety and despair after abortion. Their much-vaunted concern for women is clearly restricted only to the women who agree with them on abortion,” Uí Bhriain said.

Bernadette Goulding of Ireland’s “Women Hurt”, a group for post-abortive mothers, said that Chambers “might have thought twice” before making “such an ignorant statement” had she known the “devastating impact” her remarks would on women who live with “the heartbreak of their abortion.”