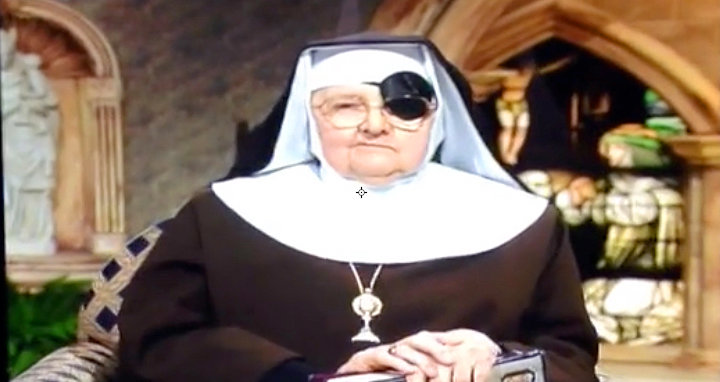 IRONDALE, Alabama, October 27, 2016 (LifeSiteNews) – Mother Angelica’s faithful voice still rings loud and clear with reason seven months after her passing, as a 16-year-old video of remarks she made on voting is making the rounds on Facebook.

The culture of death is an abomination to the Lord, and she simply cannot vote for death, she tells viewers.

But arguably even more profound and pertinent still all these years later is Mother’s pronouncement that she will not vote for candidates, but rather, for life.

“I’m not going to vote for candidates,” she states, pausing. “I vote for life … for life.”

“I cannot vote for death,” she continues unequivocally, her hand on her heart. “I vote for life.”

Mother began her video message 16 years ago explaining that she’d received the question that so often demonstrated voter angst: “Should we really vote for anyone?”

To which she was crystal clear, “Oh yes, you should.”

“Does it matter who we vote for?” she’d also been asked, and clarified in her response that it does in fact matter. “Ohhh yeah … Yes.”

The video, originally aired on October 3, 2000, was posted on EWTN’s Facebook page last Friday evening, with more than 324,000 views and nearly 12,000 shares by Thursday morning this week.

After affirming for her viewers that she could not vote for death, Mother evangelized them with the Gospel of life.

“I vote for the God who gave us life and has a right – the only one who has a right to create life, and call it forth to Himself- the ONLY ONE!” she said.

Mother Angelica then gave cautionary forewarning as she wrapped up her comments on voting.

“If we don’t stand for the principles of God, you will be next,” she said, predicting precisely what the culture of death has brought about since then via the euthanasia movement.

“Because you’re getting too old, you take up too much time and medicine.”

She then identifies the true nature of the culture of death.

“Yeah, the culture of death is hard, unbending, it is without love,” Mother Angelica says, looking pained, “without compassion … without hope.”