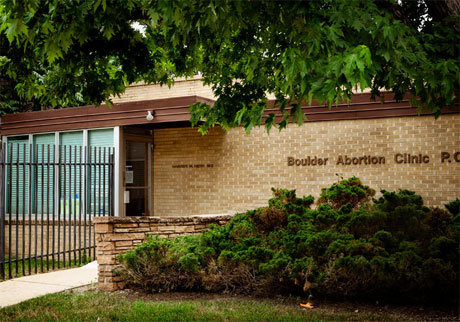 February 20, 2019 (LifeSiteNews) – With late-term abortion currently a pressing topic in Congress and several states, conservative commentator Steven Crowder has released his “biggest undercover video yet” to give the world an inside look at a notorious facility where late-term abortions are committed.

In the video, a woman named Mariel wears a hidden camera into Boulder Abortion Clinic in Boulder, Colorado, which is operated by the infamous Dr. Warren Hern. At the time of filming she was 25 weeks pregnant with her baby Rose.

“At 25 weeks Rose is well-developed,” Crowder narrates. “She already has hair on her head, she can get the hiccups, and even recognize her mother’s voice from the womb. Rose also has a viability of 50 to 80 percent. In seven states with more on the way, it is perfectly legal to abort Rose for any reason. Worse: it’s easy.”

The video shows Hern’s staff to be notably paranoid, first forbidding patients from bringing purses, bags, cell phones, snacks, or water into the building. At one point, a nurse comes in to ask Mariel if another patient they had struck up a conversation with said “anything odd to you,” explaining that they’re “always nervous” because “there’s a whole anti-choice movement of people that get into the waiting rooms and then sit in the waiting rooms and talk people out of their” abortions.

Most of the video focuses on this “Patient X,” who expressed severe conflict about whether to abort a baby she first thought was 28 weeks old but was then determined to be 32 weeks. She noted that tests showed her baby – whom she personified as “him” – was medically fine.

“That’s right, just like thousands every day across the country, this woman was going to end her 32-week, that’s eight months, her eight-month-old baby’s life,” Crowder said, showing a comparison photo of a newborn delivered at the same age. “For reference, this is what a 32-week old potential Rose looks like: fully developed, entirely viable, and without a doubt not a clump of cells or a zygote, but a baby. And perfectly legal to kill.”

Patient X explained that her abortion would be done via an injection that “stops the fetal heartbeat,” after which she might have to wait anywhere from ten minutes to a few hours for her child to actually die. The thought of “essentially walk[ing] around for three days with a dead baby in your stomach” made her worry about complications like sepsis, but she says the doctor “kind of shoved it off like it was no big deal.”

She also said she tried and failed to abort at 18 weeks because another abortionist “didn’t feel comfortable” attempting it with the scar tissue she had. But at Hern’s clinic she says she was told, “yeah, it’s really thick on one side and it’s really thin on the other,” but “there’s a hospital nearby.” She also expressed concern about the abortion perforating her uterus (a risk at least one abortionist admits is common in the field).

But most of their conversation concerned Patient X’s dueling emotions about whether to go through with the abortion.

She said she was “doing this basically for my kids,” because she already has two boys and it “almost took me getting pregnant to be like, ‘oh my God, I can’t do this. My life with two kids was perfect.’” Her husband had counseled against the abortion, warning she would regret it, but she says she retorted “you’re not the one that has to be home raising it, I do.”

On the other hand, she also expressed fear that her husband would stop loving her if she aborted, relaying his insistence that “you don’t kill this,” “it’s not right,” and his challenges how they would possibly explain this to their first two children as well as their own parents. Patient X also admitted she felt “selfish” about abortion, and was having a “hard time” with it because she was raised Catholic and was now “going against everything that I was ever brought up to” believe.

Afterward Crowder, Mariel, and their crew prayed for Patient X to choose life, but Crowder sadly admitted the odds were that she probably aborted her child.

“Take into account that nearly one million abortions are performed in the United States on any given year,” he said. “That’s more than all homicides, suicides, drug overdoses, alcohol-related deaths, and car accidents…combined…if you multiplied them all by four. That’s 10 to 12,000 viable, fully-developed baby boys, baby girls, baby Roses.”

“Now, I get that many of these women are lied to. A lot of them don’t rightly know what’s actually happening in that medical room. But what about the doctor?” Crowder continued. “What kind of a doctor harms that? In this case Dr. Warren Hern,” a “neo-environmentalist” who once wrote that the human species would “continue to behave overall as a cancer on the planet.”

“Now, this is all far beyond the scope of what most Americans think they’re advocating when they claim to be pro-choice, because who in their right mind in today’s American mainstream, left or right, would support this kind of pure, unadulterated barbarism?” Crowder asked in conclusion. “For the answer to that, you just have to ask any of the prominent figureheads of today’s DNC. Potentially your next president.”

Democrats in Congress have repeatedly moved to block a vote on requiring medical care for newborns who survive attempted abortions, and every currently declared candidate for the Democrat presidential nomination supports legal abortion through all nine months, for effectively any reason.