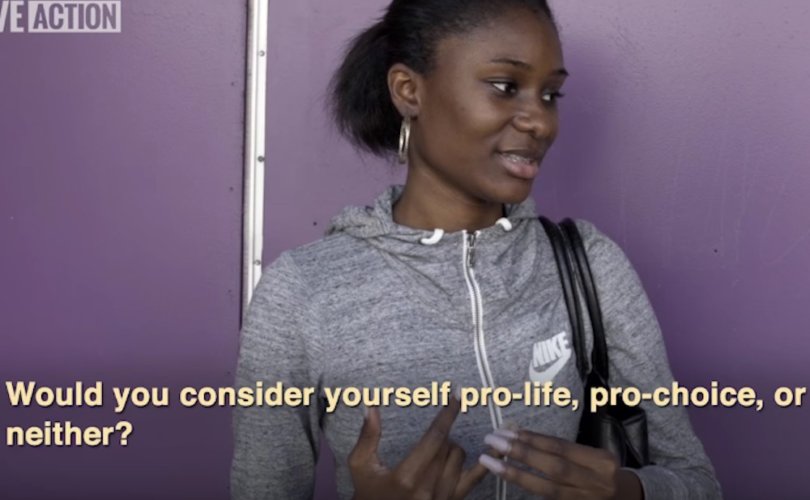 May 24, 2016 (LifeSiteNews) – It caused a sensation when it debuted, being viewed millions of times in just three months. And now a four-minute-long viral video is dramatically changing hearts and minds about abortion.

One-third of women who said they hold “pro-choice” views on abortion had a more negative view of abortion after watching even part of the video, and nearly as many called for abortion to be more strictly regulated.

Dr. Anthony Levatino, who performed more than 1,200 abortions before a life-changing conversion on the issue, narrated four videos for Live Action's website, AbortionProcedures.com.

The videos use medically accurate terminology and computer animation that is not graphically violent to depict how the four most common forms of abortion are performed, and list the potential health risks each kind poses to the mother.

Live Action said that tens of millions of people have seen the videos since they went live in late February. But the pro-life investigative group wanted to know what impact its work had on its viewers, especially young women.

The independent polling company Survey Monkey conducted an online survey of 502 women between the ages of 18 and 30, the group most likely to face a decision about abortion. Of those, 208 women described their views on abortion as “pro-choice” and watched all, or part, of Dr. Levatino's video describing dismemberment (dilation and evacuation, or “D & E”) abortion.

Four minutes later, 34 percent of those women said they viewed abortion “much less favorably” or “somewhat less favorably,” and 28 percent said there should be stronger restrictions on abortion after watching the video.

Even more pro-choice women, 46 percent, felt the videos should be shown in high school sex education classes, and 39 percent said that pregnant women should see them in order to give informed consent to the abortion procedure.

“The more people learn about abortion, the more they see how barbaric and inhumane it is — whether the abortion is committed by depriving a preborn child of nutrients for days until she dies, or by ripping her limbs apart while she’s still alive, or by injecting her with a drug to induce cardiac arrest,” said Lila Rose, president and founder of Live Action. That's why “abortionists have worked for decades to keep women in the dark about how developed their preborn children in the womb are and what abortion procedures actually entail for both the mother and the child.”

A new video shows the sea change the video has, as young people at random share their views about abortion, before and after.

One young African-American woman said she supported abortion “all the way up” to the moment of birth, but after watching the video of dismemberment abortion, she said, “I don't think I support it, period.”

Another man who called himself pro-choice changed his mind after watching a video of an aspiration abortion, the most common form of abortion in the first trimester. “I believe that's like murder right there,” he said.

That new, more moderate view brings these young people closer to the mainstream. A Marist poll released in January found that up to 81 percent of Americans support strong restrictions on abortion.

Lila Rose anticipates more hearts, minds, and laws will be changed, because “the Internet allows us to spread the truth about abortion faster and farther than ever before.”

Already, Live Action's experiences show that four minutes can change, or save, a life.

The full results of the 208 women who described themselves “pro-choice” and watched “all or most” of the video are as follows:

Q. Who do you think should see this video? (Total >100% because respondents could check as many as they wanted.)
46.6% High school sex education classes
42.8% College students
39.4% Pregnant women considering abortion
38.9% General public
26.0% Elected officials
34.1% None of the above