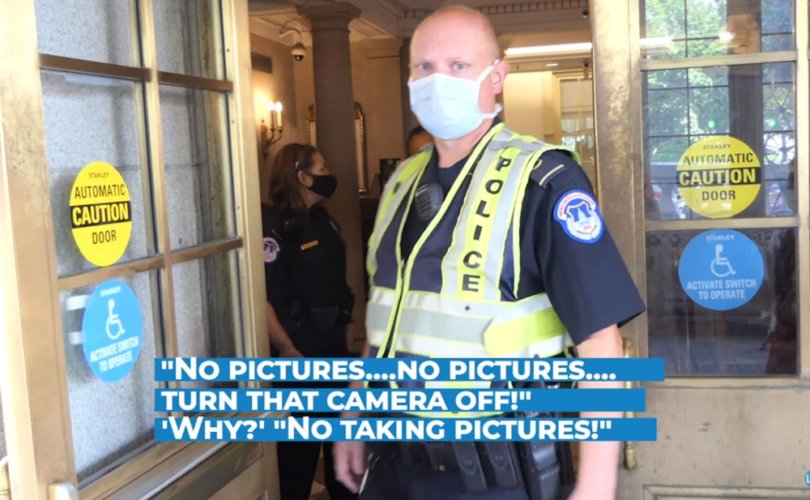 A Pelosi staffer told LifeSiteNews on the phone that the petition could be left in the Longworth mailroom, but Capitol Police prevented any escort to the mailroom and refused to deliver it themselves.

The petition calls for the government to use existing antitrust laws to break up the Big Tech monopolies — including the likes of Facebook, Twitter, and Google (owner of YouTube) — which have coalesced over the past two decades. This petition is necessary because of the increasing severity and frequency of affronts to free speech by Big Tech monopolies.

LifeSiteNews supporter Juan Manuel Jauregui, a senior economist at the International Monetary Fund, joined LifeSiteNews on the ground, saying he was there defending the right to free speech, which is often trampled in the public sphere.

“The petition draws attention to a problem that I think the legislators know about. This is a way of telling them this is bad — you know it, we know it.” Jauregui also said he was there for his family and his children, in the face of the eroding rights that Americans hold dear.

Tess Taylor, a representative with Filipino-American Voices for Trump, told LifeSiteNews how she has been censored multiple times for just trying to share articles with her views using Facebook Messenger. She knows there is an agenda at work here, but she said, “I will not give up.”