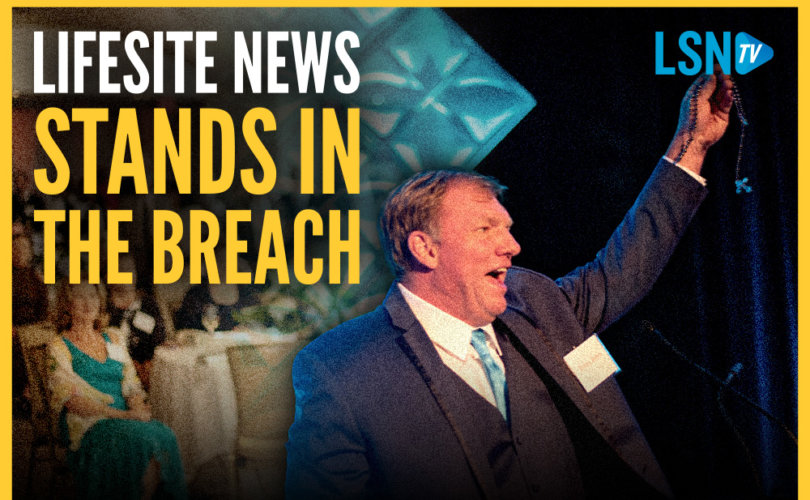 NAPLES, Florida (LifeSiteNews) — Pro-Life filmmaker Jason Jones has said LifeSiteNews was indispensable in rescuing “hundreds and hundreds of families” from Afghanistan after the Biden administration’s chaotic military pullout from the country last August.

Raising over $500,000 on LifeFunder.com, a crowdfunding website run by LifeSiteNews, the Vulnerable People Project CEO thanked LifeSiteNews readers and donors at the news organization’s 25th Anniversary Gala in Naples on August 17.

Jones said the heroes from the Afghan mission are his partners on the ground, LifeSiteNews and its donors who used LifeFunder.com to make the evacuations possible.

“And because of LifeFunder’s continued support, we kept 30,000 Christians and other minorities alive through a brutal winter last year that would have certainly starved,” he continued. “I want to thank you, because you truly are all that stands between a violent ideology and what would ravage our world. You are between the CCP and Cardinal Zen. You’re between the Uyghur and the government of China.”

“You’re between vulnerable women all over the world in an abortion industry that will devour them. You’re between Islamic extremists and the Christians of Syria. You’re between those Afghan children who are made orphans because their fathers were killed by the Taliban serving with us, and famine.”

Thanking all the sponsors of the Gala, Jones joked that he was afraid to mention, “because they’re kind of extreme,” the Coalition for Canceled Priests.

“And while we’re applauding that group of extremists, can I see you all have your symbols of extremism with you?” he quipped while pulling out his Rosary.

The Coalition for Canceled Priests and hundreds of other charities and individuals are using LifeFunder.com as a fundraising solution in an often hostile financial world, where de-platforming is a common occurrence.

Owned and operated by LifeSiteNews, LifeFunder.com is a pro-life, pro-family, and pro-faith crowdfunding site that launched in December 2020 and has raised almost $3 million to date.