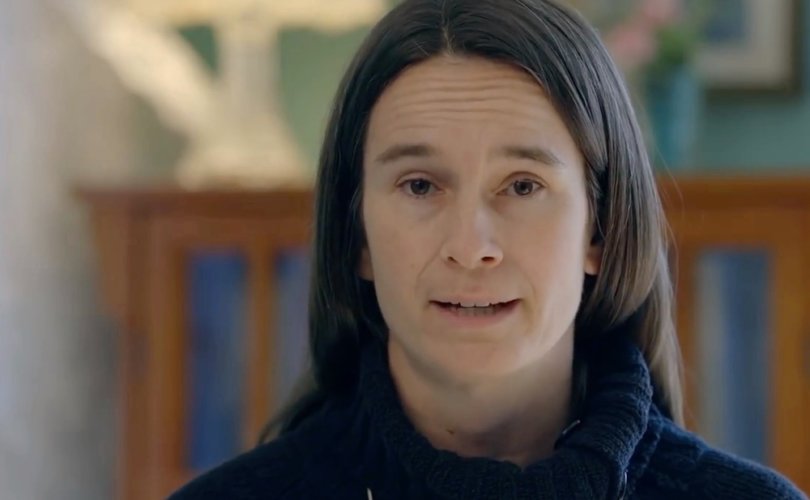 February 28, 2019 (LifeSiteNews) – Pro-life campaigner and prisoner of conscience Mary Wagner has appeared in a remarkable video in which she sets out clearly her reasoning for her protests at abortion businesses in Canada. Wagner, 44, has spent approximately five years in jail for her advocacy since her 20s.

“As long as I can remember,” Wagner tells the camera, “I have tried to be a voice for our brothers and sisters who are in danger of being killed in their mother’s wombs.” She has tried “peaceful intervention” at abortion businesses to advocate for life.

“I have been repeatedly charged with mischief for interfering with lawful enjoyment and operation of a business,” she explained. Wagner enters abortion facilities and refuses to leave, instead staying inside to offer support and prayer for the mothers there and their unborn children. She has also been convicted for probation violations when she disregarded orders to remain away from abortion facilities.

Saying that she has spoken to hundreds of women, Wagner said that abortion does nothing for women but “wounds them deeply.” She said, “When a woman has an abortion, she consents to the killing of her child,” adding that coercion is often a factor. “This is not a right, but a terrible defeat for women.”

Women are sent the message that their child “is not worth fighting for,” Wagner said, and this is an attack on their motherhood. The answer to an unplanned pregnancy, she said, is to offer “love and assistance” instead of “pitting mother against child” and “the brutal destruction of life.”

“Once we departed from the principle that every human life is sacred, whose life is safeguarded?” she asked. While the most vulnerable citizens are endangered, “no one is safe anymore.”

Wagner is a household name in Poland, where she has visited and encouraged local pro-life advocates. Supporters there have sought to have the president confer the Order of Merit of the Republic of Poland on Wagner in tribute to her witness to the value of human life. In Canada, Wagner received a Queen’s Diamond Jubilee Medal in 2012. Canadian Minister of Parliament Maurice Vellacott issued her certificate with the words: “Your faithful battle for justice for pre-born children, with your willingness to suffer hardship and personal deprivation, is a source of strength and inspiration for many. May God richly bless your sacrifice for these most innocent victims.”

Wagner has also been nominated for the 2018 Sakharov Prize for Freedom of Thought by members of the European parliament in recognition of her work on behalf of those who cannot speak for themselves.