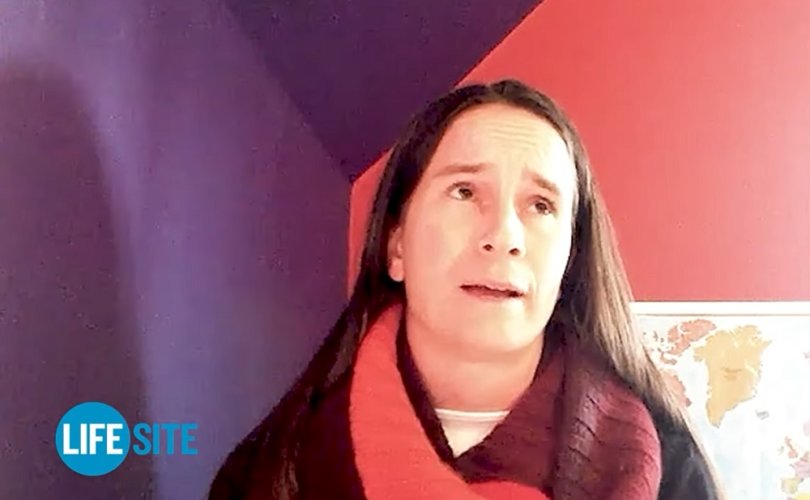 OTTAWA, December 18, 2020 (LifeSiteNews) — Pro-life advocate Mary Wagner is asking for prayers and financial support for her landmark Charter challenge to the Canadian law that denies that the child in the womb is a human being.

After an eight-year legal odyssey, the case has now reached the Supreme Court of Canada.

Wagner, who has spent nearly six years in jail for her peaceful attempts to save mothers and their unborn children from the violence of abortion, is challenging Section 223(1) of Canada’s Criminal Code.

That section states: “A child becomes a human being within the meaning of the Act when it has completely proceeded, in a living state, from the body of its mother[.]”

Her lawyer, Dr. Charles Lugosi, is arguing that this section violates the Canadian Charter of Rights and Freedoms Section 7 guarantee of an individual’s right to “life, liberty and security of person,” as well as the Charter’s Section 15 guarantee that “[e]very individual is equal before and under the law and has the right to the equal protection and equal benefit of the law.”

“Our hopes ultimately would be that the highest court would recognize the injustice of Section 223 which … acknowledges that before birth there’s a child there, but is not considered a human being, contrary to common sense, contrary to scientific evidence,” Wagner told LifeSite’s John-Henry Westen in a December 1 interview.

“We will hope that that will be reversed ultimately so that protection, right to life, will be there, recognized from the moment of conception once again,” said Wagner, whose pro-life advocacy inspired the growing Red Rose Rescue movement in the United States.

“However, even if this court does not decide in favor of the truth, in favor of justice for our littlest brothers and sisters, I think that this case is really important, because it will present the highest court of the land with the truth,” she told Westen.

“If the court decides against our case, then it’s clearly exposed, the hypocrisy, and the grave injustice is exposed for many, because I believe that this case will garner international attention,” said Wagner.

“Many people in the world are not aware of Canada’s complete disregard from the moment of conception for unborn children,” she added. “So I think that either way, how the decision is made, that it will be a victory, but in different ways.”

Challenge dates back to 2012 arrest

Wagner launched the Charter challenge during her 2013 trial for mischief, a charge that arose from her August 15, 2012 arrest at the Women’s Care Clinic, where she was offering mothers in the waiting room roses and support to help them choose life for their unborn babies.

During the trial, abortionist Saira Markovic, who according to her abortion center’s website aborts children up to 20 weeks’ gestation and does not require parental consent when aborting the children of minors, testified that 14-year-old mothers were among her intended customers that day.

Lugosi argued during the trial that not only does Section 223 violate the Charter, but it also obstructed Wagner’s legal defense under Section 37 of the Criminal Code then in force, which stated, “Everyone is justified in using force to defend himself or anyone under his protection from assault.”

Wagner believes that “anyone” included the child in the womb, who was in imminent danger of deadly assault from the abortionist.

However, Justice Fergus O’Donnell threw out the arguments and found Wagner guilty, releasing her from jail in June 2014 after 22 months behind bars.

In December 2016, the Ontario Superior Court upheld O’Donnell’s ruling, and in September 2020, the Ontario Court of Appeal refused to hear the case.

That, however, opened the way to an appeal to the Supreme Court of Canada, which has the discretion to agree to hear cases on issues of “national importance.”

Abortion is undeniably an issue of national importance, and so the case “merits leave to appeal” to the Supreme Court, Lugosi told LifeSiteNews in an earlier interview.

The top court has never been presented with the legal issues raised in Wagner’s Charter challenge, he said, adding that there has been a “deliberate mis-framing” by the Crown prosecutors that Wagner’s case is “really all about ‘personhood.’”

But the distinction between “human being” and “person” is a “matter of common sense, dictionary definition, and jurisprudence,” pointed out Lugosi, who earned a doctorate in juridical science from the University of Pennsylvania.

Moreover, Parliament does not have the authority to define who is and who is not a human being, particularly when “from the point of view of science and medicine and morality … a biological human being … is known in truth to be a human being.”

The significance of the case cannot be overstated, according to John Bulsza, the veteran London-based pro-life activist who has been raising funds during the long and costly journey to the highest court.

“It has been the goal all along, if necessary, to reach the Supreme Court of Canada. Now that goal has become a reality for Mary and the rest of us!” he told LifeSiteNews in an earlier interview.

“We ask for sacrificial giving so that all the previous efforts and sacrifices will not have been in vain. Prayers are in order too!”

That was echoed by Wagner.

“Prayer is the most important, because we don’t know how God is going to take this case, but if people would like to join all of us who are already praying for this case and for Dr. Lugosi, who’s representing our brothers and sisters, that is huge,” she told Westen.

She also noted that the lawyer needs to be paid.

“If people would like to donate, and for those who have — some have made incredible sacrifices, whether by offering the widow’s mite or by offering large sums of money — I just want to say thank you to everyone who has already contributed, and open it up,” she said.

“If anybody would like to contribute, please know that it’s a fight worth fighting, even if the victory is not as we would ultimately hope, there would still be a victory, I believe, in fighting the good fight. So, thank you.”