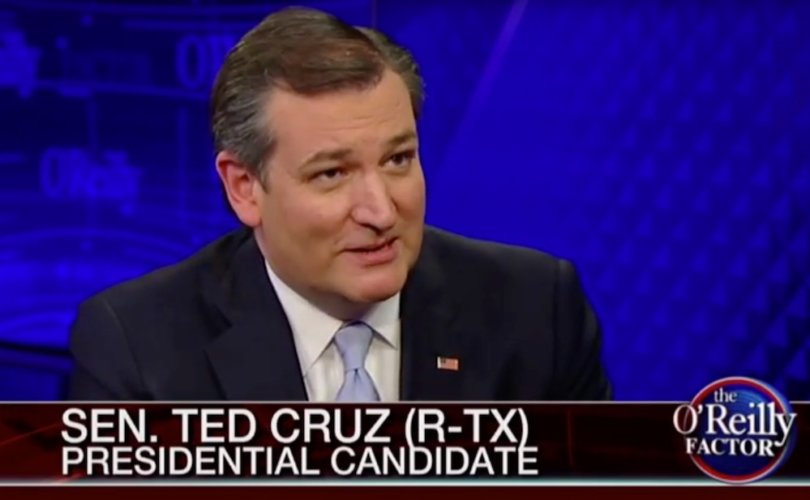 O’Reilly prodded Cruz about the New York Times’s claim that Cruz is far out of the mainstream on issues like abortion.  Cruz opposes abortion in cases of rape and incest.

“I think it’s fair to say the Times is not exactly a barometer for the mainstream,” Cruz quickly retorted.  “Hillary Clinton’s position on abortion [is] anything goes up till the moment of delivery.”

“The Times says she’s mainstream,” continued Cruz.  “Do you know nine percent of Americans agree with Hillary Clinton on abortion?  Ninety-one percent disagree with her.  She’s radical and extreme.”

Watch the exchange here, starting at 2:08: