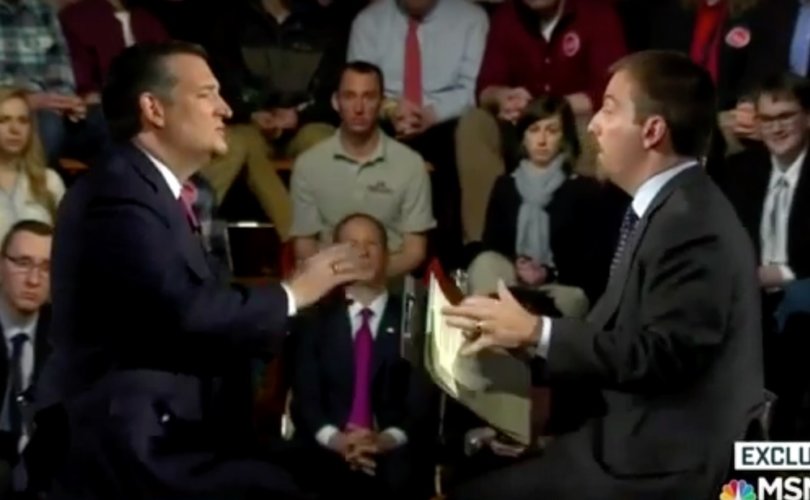 April 18, 2016 (LifeSiteNews) – On NBC this past weekend, Ted Cruz swiftly and articulately responded to liberal journalist Chuck Todd’s claim that the videos showing Planned Parenthood selling aborted babies’ body parts were “made up.”

When Cruz brought up the scandal, Todd said, “Some of the video was made up. Reenactments.”