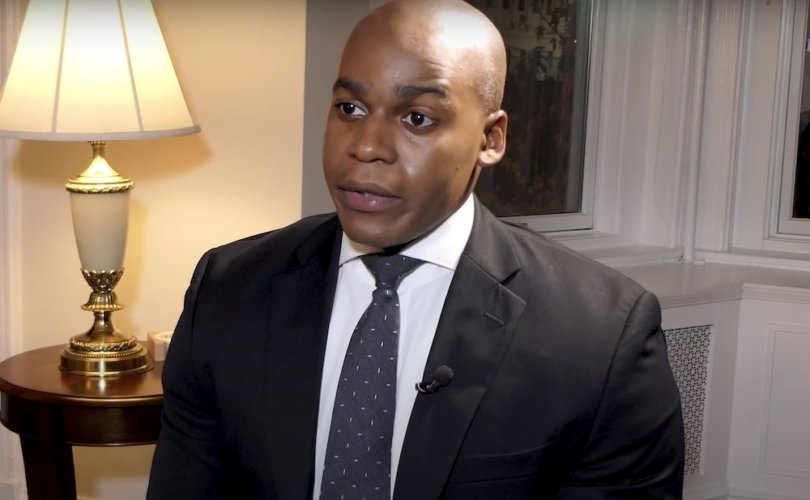 November 13, 2020 (LifeSiteNews) – Jonathan Alexandre, a Liberty Counsel attorney representing President Donald Trump’s campaign in its efforts to contest irregularities in last week’s presidential election, sat down this week with LifeSiteNews to share what he experienced firsthand in Pennsylvania and explain what’s at stake in the battle over counting mail-in ballots.

Legal representatives of the Trump campaign “have been denied wholesale access from any of the counting of the ballots, whether they’re mail-in ballots or the process regarding provisional ballots, of which the state still has a huge number that they have to go through,” Alexandre told LifeSite’s Jim Hale.

“Each state allows, based on the number of candidates, in one or two or even three in certain counties, individuals to watch what’s going on” on behalf of all candidates, he explained. “You’re checking for signatures, you’re checking for the fact that the electors are going through their checklists accurately, and doing their job ensuring that every ballot that is counted toward the final result is indeed being put forward by a legal registered voter.”

However, in several Pennsylvania counties, including Philadelphia, Alexandre says he “was denied wholesale access, from even entering,” despite all his credentials being in order. “Even the police officer that gave me an escort, that walked me through the hostile crowd, told me to stay in the lobby until my credentials were verified, ‘cause he realized that they had been doing this to Trump lawyers for the entire week.”

Alexandre told Hale there are scores of anecdotes about himself and his Trump campaign colleagues being denied access, including “pushing us 20 and 100 feet away” from the counting tables, “where you’re not able to do your job effectively, can’t see any signatures.” At the same time, “I have heard no stories of any Democrat lawyers or any Joe Biden candidate lawyers being denied access.”

There is “just no real telling” what counters were doing away from prying eyes, he lamented, “other than there’s something that they obviously want to hide.”

Alexandre explained that mail-in ballots, the use of which was drastically expanded this year due to COVID-19, were problematic because “there’s not enough accountability to know if those individuals are still living there, whether or not their names are the same, so its initial process is fraught with things that can go wrong. And then there’s no chain of custody. You are told that you can drop it in a mailbox or place it in a designated area, but who knows who’s picking it up? And we have anecdotal evidence from all across the country of individuals dumping entire bins or hiding them or keeping them in their car.”

LifeSiteNews has covered numerous allegations of backdating ballots, voters receiving the wrong return envelopes, ballots discarded, a postal worker crossing the border to Canada with ballots in his car, activists paying individuals to fill in ballots a certain way, and more. In September, the New York Post interviewed a Democrat “fixer” who says such operations are rampant in New Jersey.

“It’s definitely widespread,” Alexandre continued. “And one of the things of introducing a new system of voting on such a huge scale and it’s not tested is that there’s no way to truly account for it unless there is an auditing process.”

As for how to fight back, Alexandre says the Trump campaign has “filed all across the country, where judges will be able to determine with the evidence that is clearly presented in front of them whether or not there is widespread fraud. If there is fraud enough, such that the results of the election are within dispute, then the Secretary of Commonwealth or Secretary of State cannot verify the actual vote and the electors will not be able to come down to Washington and cast that ballot one way or another.

“The best remedy for that, I do believe, is having a re-vote before the Electoral College,” he said.

Alexandre said  Trump’s supporters can help the effort primarily through personal vigilance, and reporting any signs of fraud they see.

“We have something good that we have to hold onto,” he reminded LifeSite’s audience. “And I think as often as conservatives realize what is at stake, the breakdown of the family, abortion, all these things that are critical to sustaining this country, the pro-life ethic, all these things are so important to our daily living, we have to realize that we have a lot to lose. And so it’s better to fight within these few weeks of this Electoral College process evening out itself and this legal process happening, it’s so much better to fight in these two months than to have to pick up this fight and fight for the next four years.”

Last week, the Trump campaign obtained a court order to resume watching the counting in Philadelphia, and on Thursday a judge ordered the state not to count mail-in ballots that had not received proof of identification by November 9.

Most national news networks have called the race for Biden, but no election results have been certified yet, recounts are pending in Georgia and likely in Wisconsin and potentially additional states, and the Trump campaign is pursuing challenges based on evidence of possible fraud in several other states, including Michigan and Nevada.