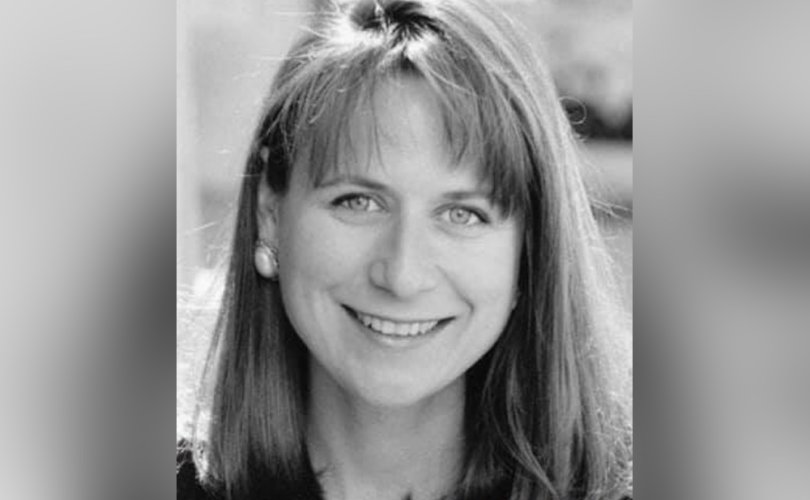 SHANKSVILLE, Pennsylvania, September 11, 2020 (LifeSiteNews) – President Donald Trump commemorated a pregnant mom and her unborn baby who died aboard Flight 93 in a speech he gave this morning on the anniversary of the September 11, 2001, terrorist attacks.

Trump related the story of how passengers on Flight 93 decided 19 years ago to unite together and not allow the terrorists who hijacked their plane to use it as a weapon against Americans.

“The terrorists on Flight 93 had a fourth target in mind. It was called our nation’s capital. They were just 20 minutes away from reaching their sinister objective. The only thing that stood between the enemy and a deadly strike at the heart of American democracy was the courage and resolve of 40 men and women, the amazing passengers and crew of flight 93,” Trump said in Shanksville, Pennsylvania at the memorial site of the plane crash.

It was here that the president mentioned Lauren Catuzzi Grandcolas, who was “three months pregnant with her first child.”

“Every passenger and crew member on the plane had a life filled with love and joy, friends and family, radiant hopes, and limitless dreams,” said Trump.

“When the plane was hijacked, they called their families and learned that America was also under attack. They faced the most fateful moment of their lives. Through the heartache and the tears, they prayed to God, they placed their last calls home, they whispered the immortal words, ‘I love you.’ Today those words ring out across these sacred grounds and they shine down on us from heaven above,” he continued.

“When terrorists raced to destroy the seat of our democracy, the 40 of Flight 93 did the most American of things: They took a vote, and then they acted. Together, they charged the cockpit, they confronted pure evil, and in their last act on this earth, they saved our capital.”

The U.S. government says that Flight 93 was headed toward the U.S. Capitol. The White House’s transcript of Trump’s remarks today uses the broader “capital.”

Trump said that the Pennsylvania field where the plane crashed is the site where “40 intrepid souls of Flight 93 died as true heroes.”

A childhood friend of Lauren told LifeSiteNews how she was so excited that President Trump not only acknowledged Lauren, but her friend’s preborn baby.

“Lauren was a dynamo. She sparkled. She was one of these people who was pretty, funny, and outgoing, friendly. She would walk into the room and just light up the place. She had a gusto for life,” the friend related.

On September 11, 38-year-old Lauren was returning from her grandmother's funeral in New Jersey to her home in California. Lauren managed to make a call to her husband via the plane’s airphone and leave a message saying that there was a “problem with the plane.”

Lauren and her unborn child are memorialized at the National September 11 Memorial & Museum in New York. Her name appears in the South Pool, on Panel S-68.

In his speech this morning, Trump praised the men and women aboard Flight 93 as heroes who stand for what is best in America.

Many in the pro-life and family movement say Trump is the most pro-life president America has ever had.

During his speech at the January 2020 March for Life, which was the first time any U.S. president has attended the event, Trump called it an “eternal truth” that “every child is a precious and sacred gift from God.”

“Together, we must protect, cherish, and defend the dignity and the sanctity of every human life. When we see the image of a baby in the womb, we glimpse the majesty of God's creation,” he said.