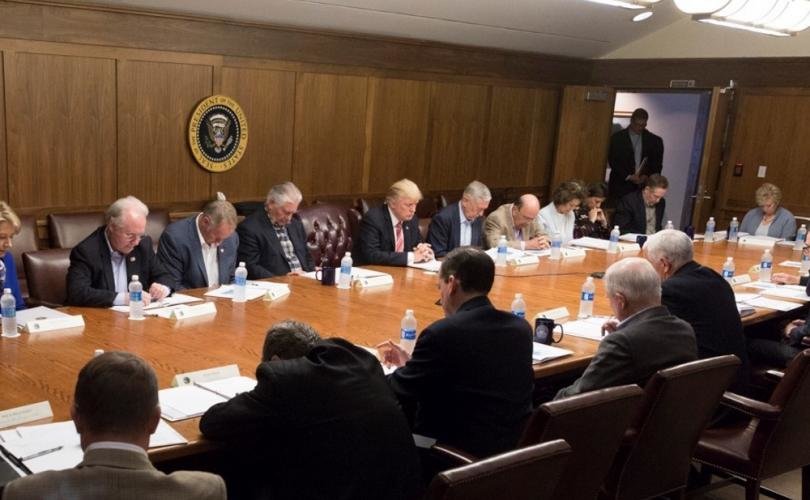 Today marks the 22rd anniversary of International Religious Freedom Day. To celebrate that occasion, several officials in the Trump administration are holding a virtual discussion on the critical importance of ensuring religious liberty is upheld for all Americans.

At 1 pm ET, Roger Severino, Claire Murray, Sam Brownback, Andrew Bremberg, and Kristina Arriaga will host an online conference titled “Religious Freedom in the Age of COVID-19 and Beyond.” You can watch it below or visit the website of the U.S. Department of Health and Human Services (HHS) by clicking here.

Religious liberty has been under assault ever since President Obama’s HHS established the infamous “contraception mandate” that forced groups like the Little Sisters of the Poor to provide abortion-inducing drugs to their employees.

Liberals have since argued that religious liberty doesn’t mean having the right to “discriminate” against others, and that while Americans may have a “right to worship” they can’t use that right to “impose” their beliefs on others.

The issue has taken on a heightened importance during the 2020 election season. Joe Biden and his running mate Kamala Harris have both called the Supreme Court’s ruling in favor of the Little Sisters of the Poor a step backwards for women. Both have also pledged to support the pro-LGBT “Equality Act,” a bill that would threaten the freedom of Christians who teach the Biblical view of human sexuality. Additionally, many Democratic governors have forced churches and other religious organizations to shut down during the pandemic or else face harsh fines and penalties.

President Trump, on the other hand, has defended the Little Sisters of the Poor, deemed churches “essential” during COVID-19, and has repeatedly spoken of the importance of imploring the help of God, even inviting pastors into the Oval Office to pray on multiple occasions.