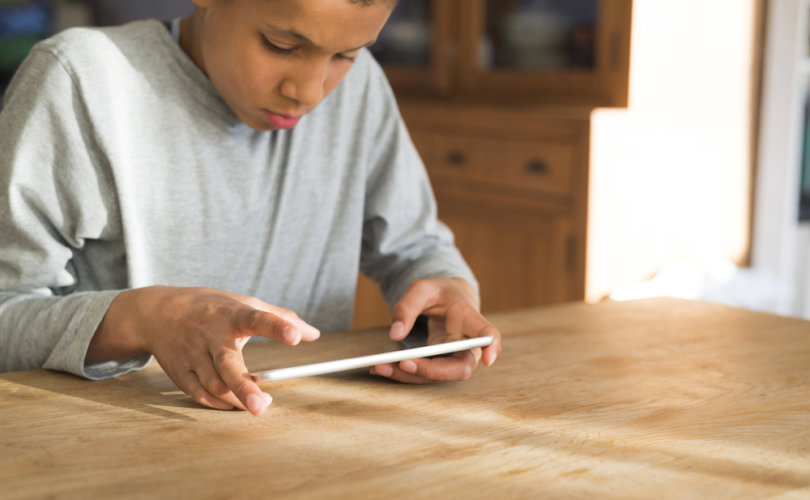 The motion asks staff to issue a request for proposals to private sector companies on the cost and effectiveness of installing internet filtering software on school devices and devices used on school property, and to report back to the board by June 30.

According to WRDSB communication officer Lynsey Slupeiks, the motion is subject to final approval at the April 25 board meeting.

As Reaume pointed out in an email to supporters, it took WRDSB over a year “to pass this motion, and now the board is giving private companies just over two months to explain how they’ll fix it. See if you can spot the irony in that last sentence.”

At the same time, it’s “very positive” that the board passed the motion, he told LifeSiteNews. “It means that the issue is still alive.”

He’s also encouraged by the “varying degrees of support among the trustees,” and that they “want to make sure that they do it right,” and so are “giving the private sector an opportunity to bid on this,” Reaume said.

“I think they’re starting to get to it.”

The Waterloo region is the “Silicon Valley” of Canada, he noted. “The prime minister was here in the last few weeks touting how the tech sector is so vibrant.”

The Reaumes began fighting for better content filters in WRDSB schools after their son and daughter, then in Grade 5 and 4 at Clemens Mill Public School, reported seeing inappropriate images on school devices.

They discovered numerous parents with children who had suffered similar, and far worse, experiences.

“The story that motivated Joanna and me the most,” Reaume told LifeSiteNews, was of “a single mom that we know who has three kids,” whose “Grade 2 daughter told her she had seen people having sex, on an iPad at school.”

Although the mom reported the incident to the school principal, it appeared that it was not taken seriously, Reaume said. “It’s just not fair.”

Parents of children in York Region District School Board and Ottawa Catholic School Board elementary schools have also reported their children accessing pornography on school devices.

MPP Monte McNaughton (Lambton-Kent-Middlesex) has called for the implementation of provincial standards. “There needs to be a province-wide solution that forces every school board to protect our kids in elementary schools,” he told LifeSiteNews in February 2016.

Meanwhile, Reaume maintains a website, waterlooregionsafeschools.com, where a petition for more stringent content filters in the WRDSB has been signed by 399 people so far.