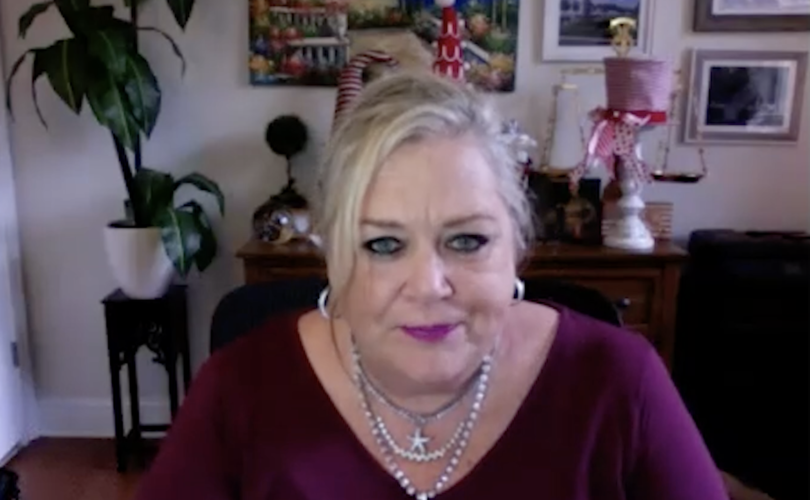 (LifeSiteNews) — Civil rights lawyer and Truth for Health Foundation Legal Advisory Council member Lauren Martel spoke during the December 7 “Fired for Freedom” conference, urging listeners to join the fight against unconstitutional COVID measures and to have courage and hope as the Christmas season approaches.

Held on the 80th anniversary of the Japanese attack on Pearl Harbor that launched the United States into World War II, the conference highlighted courageous individuals who have risked everything in the present-day battle for medical freedom and the right to exercise one’s conscience.

“We are in a war and it is a war that is for our basic freedoms, our very foundation,” Martel told Truth for Health CEO Dr. Lee Vliet. “[O]ur inalienable rights and our God given rights that are the rock and foundation of what makes us Americans.”

(the talk start at about 54 minutes)

In her talk, the South Carolina-based lawyer described several lawsuits she and her organization have undertaken to defend the liberties and in some cases even the lives of their clients.

In one instance, Martel said she filed suit against a hospital to push its healthcare workers to give ivermectin to a COVID patient in serious condition who had been put on a ventilator for three weeks.

“He is still alive and he has left that hospital and he is cognizant and he is able to speak to his wife and children and is continuing to get better,” she said.

Despite the legal victory, Martel said “the hospitals are not changing their protocols,” and urged Americans to “become educated and get those powers of attorney ready and be able to advocate for themselves and their loved ones prior to going into hospitals.”

“[W]hen I say we’re at war, there are casualties right now,” she said, arguing that hospitals throughout the U.S. are using COVID-19 treatment protocols “that are not helping people get better.”

The case to bring ivermectin to a hospitalized COVID patient is not the only crucial lawsuit Martel has been working on.

The civil rights lawyer said she’s “cautiously optimistic” about a lawsuit filed in federal court which is now pending a hearing for a temporary restraining order. Martel said the case hinges on “very, very specific fundamental rights,” and said she’s arguing that a particular COVID injection mandate amounts to a “civil rights violation” by denying the rights of the four plaintiffs “to make a decision to not [inject] a foreign substance into their body that they do not agree with and is contrary and abhorrent to their religious beliefs.”

According to Martel, the crux of the case is that the plaintiffs believe being “forced and coerced to take these shots” would cause “irreparable injury.”

While noting the case is a challenging one to argue, and that “[w]e have an uphill battle in many of these situations,” the lawyer pointed out that facing coercive jab mandates “is the position that many people are in,” and said she is “so grateful that these gentlemen did stand up for their rights.”

Martel expressed hope and confidence that people like the plaintiffs in the federal lawsuit are beginning to fight back to reclaim their freedom in significant ways.

“[W]hat we’re seeing is that people are starting to talk among themselves, and the power of the people is even more important than even one good lawsuit. That’s where we’re seeing the victories,” she said. “Courage is contagious,”

While Martel promoted the use of the legal system to fight for patients’ rights and the fundamental freedoms of all Americans, she said challenging mandates and protocols in court is “not the only way to do it.”

Martel described one instance in which “pushback” from thousands of South Carolinians resisting COVID-19 jab mandates caused even “large corporations that we thought were going to kind of really try to steamroller individual rights” to “buckle.”

According to Martel, when more than 4,000 employees of Spartanburg Hospital and roughly 9,000 at Prisma Health filed for exemptions from their employers’ COVID injection mandates, “it was so overwhelming” that the employees “didn’t even have to file a lawsuit there” to secure their freedom to reject the experimental shots and keep their jobs.

“I just encourage anyone who is watching this as we go into our Christmas season,” Martel said. “We have so much to be grateful for.”

Martel said she wants listeners to know that “each person is so important” and she and her organization “value life from conception until natural death,” and “do not give up on people.”

“And I just ask that as we go into this wonderful season of mercy and gratitude and awe and wonder and supernatural miracles that happen even today, as they have in the past, that we know that we are here today for a purpose and for a reason,” she said.

Martel urged people to trust in the Holy Spirit “when you start feeling afraid” to gain “discernment” and “courage” to press on.

Calling coercive jab mandates a component of “medical tyranny” that is “one of the pits of hell,” Martel concluded her talk by expressing her gratitude for the opportunity to work with the Truth for Health Foundation to help “take back authority for freedom and medical freedom” for Americans moving forward into 2022.