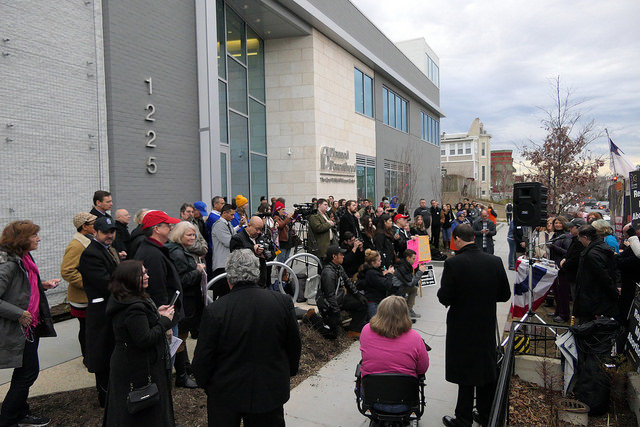 The day before the 44th annual March for Life, pro-life leaders were hopeful about the arrival of the Trump administration and the youth of the pro-life movement.

Lauren Handy of Mercy Missions announced that one DC Planned Parenthood worker recently quit, citing the prayers of pro-lifers. She said six employees at the “flagship” facility and the center in Silver Spring, Maryland, are considering leaving the abortion industry.

“We are poised to see Roe come crumbling down upon itself,” said Rev. Patrick Mahoney.

“They call it Planned Parenthood Generation,” said Hendrickson, but “we are creating generations and they are killing them.”

“We're not backing down,” Hendrickson said of how Students for Life will respond to pro-abortion sentiment festering in the wake of President Trump's election. She said pro-life students were spat on and harassed at the Women's March on Washington last weekend.

“We're going to prosecute you,” said Newman. He said Planned Parenthood operating out of this large new building is like putting “lipstick on a pig” because of the brutal and dangerous nature of abortion.

DC resident Jacqueline Johnson also spoke at the rally and thanked participants for their solidarity with the African-American community against eugenics-driven Planned Parenthood. Johnson is part of the Archdiocese of Washington's Proverbs 24 community, which prays outside the new abortion facility.

The rally participants were from around the country. They included college students from Arizona and a newly married couple who met at the 2012 March for Life.